The creative minds of the Western World 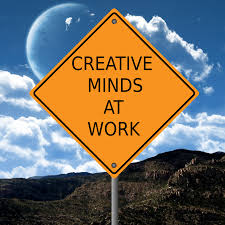 US and UK have very creative minds. Their latest creation can be found all over the internet.

Briefly what it says is:

“Dyslexia could be caused by light receptors in the eyes that confuse the brain by producing "mirror" images, scientists have said.

Two French scientists concluded that receptor cells were arranged in matching patterns in both eyes in people with reading difficulties.”


Within a month a few hundred articles will be published all over the world as if a great discovery has been made.

I have the links of a few of these articles at the bottom of this post. There are many more where these come from.

Meanwhile, back in 2005 when I began to read on dyslexia I came across numerous articles saying that dyslexics have a phonological awareness deficit. I have written many articles on this in my blog and in the internet. If you make a search on ‘Phonological awareness Luqman’ you will be able to read the many posts by me on this matter.

Since my posts in 2010 this has died down. There have been research reports from 2015 debunking this myth.

Then there were kids in US wearing colour layered glasses stating that this helped with their reading problem. Here is an excerpt from the internet:

“However there are many cases when a child who has been identified as, say, dyslexic, experiences reading problems that are not in fact a consequence of those "dyslexic" difficulties that are usually identified with reference to a phonological processing deficit, but which result from an entirely separate (although often co-occurring) condition which, because it exists alongside the dyslexia, dyspraxia, ADD/HD or autism, can either be masked by it and therefore not addressed as a separate issue, or confused with it with the result that other aspects of the disability may be neglected. This condition is a visual-perceptual disorder variously called Meares-Irlen Syndrome, Scotopic Sensitivity, or simply Visual Stress. In many cases, unlike dyslexia or autism, it can be remedied by a very simple and inexpensive intervention: reading through a coloured overlay that changes the colour of the page.”

This too has now more or less disappeared.

Then there were numerous articles stating that printed words in books ran out of the pages; words became wavy; dyslexics could read only part of a letter etc.


I believe these articles are the products of people with vested interest who fund so called ‘researches’. AND the gullible people of the world swallow these reports as if they are the gospel truths.

This is further aided by our ‘Gods of Education’ of America who say that evidence based information cannot be accepted unless they are scientifically based.

Since the above is backed by scientists then it must be true at least as far as our ‘Gods of Education’ are concerned.

What has happened to common sense and logical thinking?

Is it really possible that 20% of kids in the world are going around with ‘light receptors in the eyes that confuse the brain by producing "mirror" images’?

Is it possible that remediation teachers have found a way to correct these light receptors?

Did University of Florida remediate and bring kids who could not read to grade level by un-confusing the brains that were producing “mirror” images?


Here are a few of the many current articles.
https://sciencetrends.com/scientists-may-finally-found-causes-dyslexia/
Scientists May Have Finally Found Out What Causes Dyslexia

My comment: Does this mean that they found out the cause of dyslexia only now?

Scientists May Have Found Potential Cause of Dyslexia

Clues to dyslexia found in structure of the eye

Scientists discover the possible cause of dyslexia

Posted by Luqman Michel at 6:26 AM