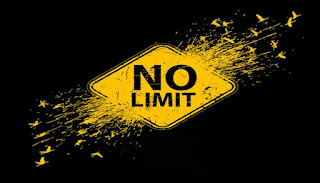 There is no limit to the creativity of the Western World especially when it comes to duping the innocent public.

Here is an excerpt from the article:

“Dyslexia affects about 75,000 British Columbians. It can be a devastating learning disability that needs special instruction, which isn’t necessarily provided in public schools. To ensure their children have a bright, productive future parents have to shell out thousands of dollars a year.”


In a small place like BC if the population of dyslexics is estimated to be around 75,000 and let us just take the lowest figure of one thousand spent on each kid the amount spent would be USD 75,000,000.

How much will be spend by parents throughout the world?

Would those with vested interest want to eradicate illiteracy?

In the above article is the following link which shows a simulation of what reading can be like when you have dyslexia.

The simulation was based on what one girl had said her reading material was like.

This is not the first time such simulation has surfaced. Parties with vested interest keep posting such material to hoodwink gullible parents of kids who are unable to read.

The article continues and says the following which is again quite clearly nonsensical.

Don’t forget that this is promoted by the Dyslexia Association.

Dyslexia should be diagnosed in kindergarten, according to the Canadian Dyslexia Association.
There are three forms of dyslexia, which is thought to be genetic:
1.       Motor — letters like “b” and “d” may be reversed in writing.
2.       Auditory — words like “house” may be heard as “home.”
3.       Visual — “ball” may be read as “bell.”

Most young writers reverse these letters. It’s a common occurrence through second grade.
So if your kindergartner is flipping his b and d, don’t panic!

2.1   Think for yourself if it is possible for anyone to hear ‘house’ as ‘home’.

Posted by Luqman Michel at 5:21 AM