Dyslexia – First do no harm 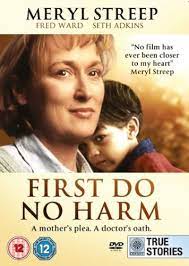 Those with vested interest will do anything for money

In medicine, there’s a First Do No Harm Rule. If you can’t make someone better, at least don’t make them worse.
The same rule should apply to education.

"The physician must ... have two special objects in view with regard to disease, namely, to do good or to do no harm".

Teachers should have the same two special objects in view with regard to teaching kids.

Recently I saw a movie ‘First Do No Harm’

The story is about a boy whose severe epilepsy, unresponsive to medications with terrible side effects, is controlled by ketogenic diet.

Aspects of the story mirror my own experience with teaching disengaged students.

The movie was based on a true story (though dramatised) and we see this story often in the medical field as well as in the educational field.

Below are some salient points from the movie and my comments.

“No doctor knows what makes a seizure start or stop; no doctors know why the drug works on some and not others. So, your child becomes something like a laboratory they titrade the drugs - that means they start with a low dosage and then they crank it up to either until the seizure goes away or your boy becomes toxic. Nobody seems to know anything. Nobody has a prognosis.”

My comment: No one knows what exactly dyslexia is either. Most people appear to think that any kid who cannot read is a dyslexic.This is what people with vested interest want the public to believe and so far they have done a damn good job of it.

"They have known this since the 1920’s? How many kids have there been since then who have been given drugs and operated on and not one of them was told of this diet. Something doesn’t make sense,

I mean if all the doctors we have talked to, know about this ketogenic diet, I mean even if they did not like it for some reason, don’t they have to at least tell us about it? Can they really censor information like this? How can there be joint decision making if they don’t give us the information that was our options.

If there is a chance even if it is one in 3 why would they rob us of this help?

“…so many in our profession (Medical) choose not to go beyond the limits of drugs and surgery it’s what made me change careers but I kept my medical licence current.


My comment: None of the educators in LinkedIn dare question the ‘Gods of education of America’ because of their selfishness. They don’t comment on my blog either because they know that what I am writing about cannot be disputed.

"When you say scientific evidence if you mean double blind studies then I have to ask you where are the double blind studies on the effects of the interactions between all the drugs you’ve had on Robbie or where are the studies on the surgery you’ll propose as a result of the electric cortical Gram. To arbitrarily pretend that your treatment for epilepsy or science (1.14) and then argue against ketogenic diet seems to me to be the cruelest of double standards but when you and I became doctors we swore an oath that said first do no harm but these folks want to try to control."


My Response: Teachers should also be made to swear an oath that they will first do no harm.


Treat him like a normal healthy child (John Hopkins Hospital).

Posted by Luqman Michel at 6:26 AM

Email ThisBlogThis!Share to TwitterShare to FacebookShare to Pinterest
Labels: Dyslexia, First do not harm

The educational system had turned into a business. There are millions of ways to make money but …….