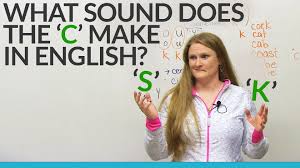 The head teacher had collected questions from the other teachers and asked me many questions and the Q&A session went on for more than an hour.


I mentioned that we all know that the letter C represents the /s/ sound if the c is followed by an e, i or y.
I gave the following examples: City, Ceiling and Cyst.

One of the teachers then said that one of her students had asked her as to when to use the letter k, c and q for the /k/ sound.

As mentioned above the letter c represents the /s/ sound when it is followed by the letters e, i and y.

If the c is before any other letter, it represents /k/.

The letter c is therefore used before the vowels a, o, and u for the /k/ sound as in the words cat, cot and cut.

The letter c also r3epresents the /k/ sound when it is used before the consonants l and r as in the words cloud and crowd.

The letter k is used with the vowels i and e as in the words kit and kept.

But be careful when the letter "k" goes with the letter "n" - know, knife, knowledge, knight etc. In this case, /k/ is not pronounced.

The qu combination is also common in English, but this has a /kw/ sound, not just a /k/ sound. It can have some different pronunciations, but this is the most common.

In English, the letter q is always followed by a u.

Here are some common examples of qu with a /kw/ sound:

The consonant digraph ch can also represents the sound of /k / in words like Christmas and chorus.

Posted by Luqman Michel at 5:12 AM