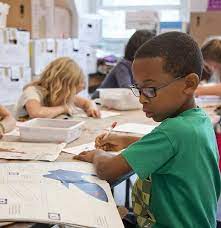 You may find the MPS academic advocacy group website here.

I read 3 of the articles on the website and wonder why the Americans keep saying the same things again and again and expect different results.

In one of the 3 articles, I listened to a video clip that you may listen to here.

The teacher in the video, as in many other websites and videos, says that the vowels are special in that they have a long sound and a short sound.

She gives the following examples:

Of course, this is better than teachers not teaching the kids the short sounds and the long sounds.

I have written that one of the three reasons why about 20% of kids shut down from learning to read is the fact that they get confused when they come across sounds of the letters (vowels as well as consonants) that they have not been taught. All a teacher needs to do is to mention that almost all letters in the English letters represent more than one sound.

Having learned the short sounds and long sounds of the vowels many smart kids shut down from learning to read when they come across letters representing different sounds.

The letter ‘A’ represents at least another three sounds as in:

Similarly, the other vowels too represent more than the 2 sounds (short and long sounds) mentioned in the video clip.

Those interested in why kids shut down from learning to read may listen to my videos 6,7,8 and 9 at


I listened to the following video uploaded by MPS: https://www.youtube.com/watch?v=KKtmXNfQ-jw

For how long are we going to keep saying that at the end of kindergarten the kids are unable to say letter names and sounds? This is the basic problem with about 20% of kids being unable to read. I have explained all these in my YouTube channel found at

Listen to the videos nos 6 to 9 captioned Shut Down Kids.