Comments from the critic- Part 3 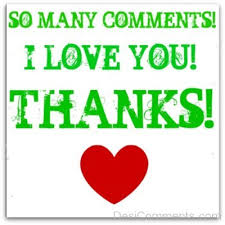 There are a few comments from the critic which I will wait to see if the critic will revise after reading the whole of part ii and iii of my book - Shut Down Kids available on Amazon, Barnes & Noble and many other online stores.

Okay, now I've watched the first video, and I've watched part of the second video. I still stand by my comments; even more so now perhaps.

The first video: What a SLOW video, and so long! 5 minutes, for only that one example? Then you describe it with just "The video above says the word blue has 3 phonemes and they are; buh, lur/luh, oo." Well great, thank you. Now I've watched a 5 minute video and read a sentence that described the 15 seconds which were actually relevant, and I still don't know what's wrong. Does "blue" actually have 2 phonemes instead of 3? Is it because he's sounding out the letter 'l' wrongly? Is he wrong in saying that "blue" and "boo" actually end in the same sound? Is he mispronouncing "blue"? "Is the oo sound in blue shorter than the sound in boo?"  An explanation is very much needed here. A nice note to the reader to skip to the relevant parts would be helpful as well.


Again, I believe this is why one needs a good editor. Because I know what I am talking about I assume the others do too.

The word blue has only 2 phonemes and not three as stated in the video. However, what is more important is the fact that when one pronounces the phonemes as buh luh oo (as in the video) the kids who are predisposed to shutting down will definitely shut down as they simply cannot understand how buh luh oo is combined to make the sound blue.

The two phonemes of the word blue are bl and ue.
‘Bl is a consonant blend – it makes one sound as in bl- ame. (Blame) or bl –ind (blind)

‘ue’ is a vowel digraph and it has one sound. In the word blue is has the ‘oo’ sound. It can also have the ‘you’ sound as in Statue.

In other words Blue is made of two sounds – bl and ue and not 3 sounds as in the video.

All kids will have no problem learning to read the word blue if it is taught in the correct way. Tell them that there are two sounds made of the first part of black and the second part is made up of the letters 'ue' which in this case has the same sound of the letters 'oo' in the word 'boo'.