Further comments from the critic (Part 4) 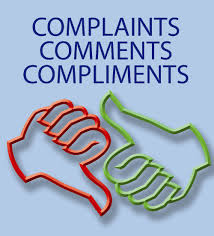 Here is a comment from the critic on the chapter on:
Headmistress agrees with advice given on dyslexia. (Page 61)

The above chapter is the full comment by a headmistress on an article I had written in 2010 in a leading newspaper – Daily Express- in Sabah, Malaysia.


The critic’s comment is that earlier I had distanced myself from the word dyslexia and now have the above title for this chapter.

I wrote an article in the Daily Express  where I had stated that 'Phonological awareness deficit' cannot be the cause of all dyslexic kids as claimed by scientists.

I started teaching my first student in 2004. Back in 2010 was when I first started writing on dyslexia in my blog. But as time went on I began to realize there was no fixed definition on dyslexia. Many of the symptoms described in websites on dyslexia were not present in all the kids I had taught since 2004. It was only later that I decided to describe my students ‘shut down kids’ or kids who had disengaged from learning to read in English because they were confused.

Back in 2004 the main reason attributed by scientists to kids being unable to read in English is that they have a phonological awareness deficit. This simply means that the kids could not hear the sounds of words.

All the students I had taught from 2004 until 2010, most of whom were certified dyslexic, could read in Malay. Those who had gone to Chinese school could read in Pin Yin (Mandarin written in Roman/Latin alphabets). As such to say they have a phonological awareness deficit did not appeal to my senses.

I also wrote that most kids could not read in English as they were instructional casualties.

Many teachers had confided in me that alphabets sounds are taught wrongly as mentioned by me in my blog and in my book. The article above is by a Headmistress of SRS Datuk Simon Fung and her confirmation that what I had said about kids being taught wrongly would go a long way. I have never met her and that comment by her in the newspaper was unsolicited making it even more valuable.

The whole purpose of that chapter is to show that a prominent headmistress of a leading private school agrees with my findings that many kids shut down because of wrong teaching which causes them to be confused.

This chapter was included to support the chapters on corroborative evidence.
Posted by Luqman Michel at 5:07 AM