Commonality between Math and learning to read 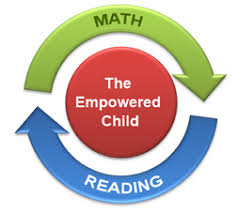 Dr. Barbara Oakley, an engineering professor and the author of a book on learning has written an article for the New York Times in the opinion section.


"Unfortunately, thinking you’re not very good at something can be a quick path to disliking and avoiding it, even if you do have natural ability. You can begin to avoid practicing it, because to your mind, that practice is more painful than learning what comes more easily. Not practicing, in turn, transforms what started out as a mere aversion into a genuine lack of competence. Unfortunately, the way math is generally taught in the United States — which often downplays practice in favor of emphasizing conceptual understanding — can make this vicious circle even worse for girls."

When children are confused they shut down and avoid learning to read and then they are classified as dyslexic and called stupid or lazy.

"It’s important to realize that math is, to some extent, like playing a musical instrument. But the instrument you play is your own internal neural apparatus.


When we learn to play an instrument — say the guitar — it’s obvious that simply understanding how a chord is constructed isn’t the equivalent of being able to play the chord. Guitar teachers know intuitively that the path to success and creativity at the guitar is to practice until the foundational patterns are deeply ingrained. The word “rote” has a bad rap in modern-day learning. But the reality is that rote practice, by which I mean the routine practice that keeps the focus on what comes harder for you, plays an important role. The foundational patterns must be ingrained before you can begin to be creative."

My comment: Yes, this is especially true for the 30% of kids who are predisposed to shutting down. This is why I have stated in my book – Shut down kids – that all the Dolch words need to be learned by rote memory. There are many words that can’t be sounded out and that don’t follow the rules of phonics. They need to be memorized so they’re instantly recognizable.

As mentioned elsewhere by me in my blog, this is no big deal for anyone to learn as the Chinese have to memorise about 600 characters in their first year of study and then another 600 new characters each year until grade 6. As such what is the big deal with memorizing 220 Dolch words in about 4 months? All my students do this easily.

"As the researcher K. Anders Ericsson has shown, becoming an expert at anything requires the development of neural patterns that are acquired through much practice and repetition. Understanding is part of acquiring expertise, but it certainly isn’t all. But today’s “understanding-centered” approach to learning math, combined with efforts to make the subject more “fun” by avoiding drill and practice, shortchanges children of the essential process of instilling the neural patterns they need to be successful.


All American students could benefit from more drilling."

My comment: Yes, it is the practice and repetition that enables all my students (who come to me without being able to neither spell any word in English nor read a single sentence even after 2 years in Kindergarten and in grade one) to be able to read within 4 months of tuition.

K Anders says above ‘Understanding is part of acquiring expertise, but it certainly isn’t all.’ I believe understanding the correct letter sounds and that alphabets in English have more than one phoneme/sound is paramount especially for children predisposed to shutting down. Drills and practice in learning to read are just as important as it is for Math.

"All learning isn’t — and shouldn’t be — “fun.” Mastering the fundamentals is why we have children practice scales and chords when they’re learning to play a musical instrument, instead of just playing air guitar. It’s why we have them practice moves in dance and soccer, memorize vocabulary while learning a new language and internalize the multiplication tables. In fact, the more we try to make all learning fun, the more we do a disservice to children’s abilities to grapple with and learn difficult topics. As Robert Bjork, a leading psychologist has shown, deep learning involves “desirable difficulties.” Some learning just plain requires effortful practice, especially in the initial stages. Practice and, yes, even some memorization is what allow the neural patterns of learning to take form."

My comment: I agree totally. If memorization of Dolch words can help shut down kids to learn to read and if it allows ‘neural patterns of learning to take form’ then it will be silly to disagree.
Posted by Luqman Michel at 5:08 AM