Pinching a child and then rocking the child to sleep 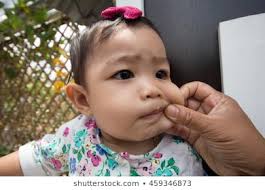 Here is a Tamil proverb: "Pillaiya killi vittu, thottila aatradhu", meaning, "Pinching a child and then rocking the child to sleep.

The Western world has created major issues facing a majority of the children predisposed to shutting down from learning to read.

AND, they have even coined the word Dyslexia for such kids.

Any clear-thinking person will figure out that there cannot be around 20% of kids around the world who are dyslexic as defined on the internet.

I have shown enough evidence in my blog that a majority of kids classified as dyslexic are actually kids who have shut down from learning to read because of confusion.

Those with vested interest keep harping on this myth that about 20% of kids in the world who are unable to read in English are dyslexic.

The word dyslexia was coined more than 50 years ago and many professors have echoed what that single person had once said, without thinking on their own.

One TV programme, Baby TV which is broadcasted in more than 100 countries teaches toddlers the sounds of the letters wrongly. They cause the problem in order for it to be solved.

Why do we allow this problem to be created in the first place? I believe the answer to that question is obvious - greed. Create the problem and then call kids who cannot read as dyslexic and mint money through consultation, remediation and medication.

Where are the so-called experts on Phonics? Why can’t they see that the sounds of the letters in the following episode of BABY TV are teaching kids the wrong sounds?

Read my post on how important initial learning is.

As I have mentioned several times, the number of children who are unable to read in English continues to increase despite so much technological advancement. One of the main reasons it has not reduced is because of so-called educated professors who cannot accept the truth.

Posted by Luqman Michel at 7:14 AM

Can't wait to read more from you. I also believe a number of students experience dyslexia-like characteristics as a result of poor instruction.

Thank you for taking the effort to comment. Wish you well.
More and more people are beginning to accept this fact.
Let us do our part to reduce illiteracy.