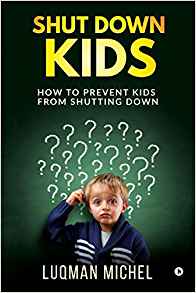 The Western world is not interested in finding simple solutions to helping children who have shut down from learning to read in English. They want to make it as complicated as possible so that they can make money. Why kill the Golden goose!

The following is what I read in an email I received on 2.12.2019 from Mind Shift. The article was entitled ‘MindShift guide to understanding Dyslexia.’

Here are some of the things they wrote in the introductory message which I find difficult to accept.

1.       But millions of Americans struggle to read and it’s often because they have dyslexia. An estimated five to 20 percent of kids are dyslexic but some don’t realize it.

2.       Yet no matter how hard they try, when these same students look at the page of a book or worksheet, the letters seem to move around and shift. Was the word pit or tap? Their or through?


My comment: I have taught more than 70 children so called Dyslexic kids since 2004 on a one on one basis and not a single child complained about words moving around or shifting.

Where did they get this reading of ‘tap’ instead of ‘pit’?


Read my post on simulation of 'words shifting around'.


3.       This is the daily given for students with dyslexia, a biological, brain-based reading condition connected to speech and language that makes reading words and sentences extremely difficult.


My comment: Do 20% of kids have a problem with language? Not a single child I taught had any problem with speaking in any of the languages they had learned. Most of them could speak 3 languages fluently. They could read in Malay with ease and their only problem was in reading in English.

As explained in many of my posts, a majority of children cannot read in English because they are instructional casualties. They are taught wrong sounds of letters.


My comment: What is dyslexia? Not a single person can define what dyslexia is. What I know for sure is that a majority of kids are wrongly classified as dyslexic. These children are instructional casualties. Many Ph.D.'s from the USA have said the same thing including Dr.Reid Lyon.

5.       An estimated 40 million American adults suffer from dyslexia, though experts guess only 2 million are aware of it.


My comment: Where do they get their statistics from? Do any of the readers ever question these things?


6.       60 percent of the prison population is functionally illiterate. According to a study performed on inmates in Texas, about 48 percent of inmates have dyslexia.


My comment: I will not use the word dyslexic but I believe many of the prison population are smart kids who had misbehaved as a result of not being able to read. I have written several posts on this matter including one on inmates beating Harvard students on a debate in 2015.

7.       At the most basic level, dyslexics are more vulnerable to mental illness—an estimated 60 percent of dyslexic children and adolescents also have a mental or emotional disorder, most commonly ADHD, depression, and anxiety—and have a higher incidence of suicide attempts.


My comment: Yes, many of these smart kids who cannot read have suicidal tendencies. I have also written on this in my blog. Click here to read the post.

8.       Dyslexia occurs in every language and in children from every background, regardless of race or socioeconomic status.

My Comment: What do these Westerners who speak and read in only one language know about kids who read in many languages fluently but not in English? It is high time that they come down off their high horses and learn from those experienced in teaching children who were unable to read in English.
Posted by Luqman Michel at 5:37 AM