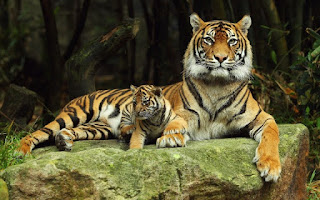 The critic from part one went on to say:

“The final chapters of Part 1 feels sloppily put together.”

I then asked the critic if he had viewed the video and this was his response.


“No, I didn't watch the video when I wrote the comment. I just assumed that it was the one about the man who unlearned, after some time, to ride a normal bike, and learned to ride a reverse bike he engineered.

Now, I've re-watched the video. And yes, I was thinking of this one. I think you really could just describe it, and save the reader the trouble. It's a great bonus for the reader who actually does bother of course. But sometimes, it might not be convenient for them to watch a YouTube video (by typing out the link, or going to your blog, no less), and they just want to read. What then?”


Yes, the critic has a valid point. It is my mistake in assuming that all readers will have a smart phone where they will check out the video I had mentioned in my book. My only defense is that I had mentioned in ‘Author’s Note’ that ‘Without listening to the links attached the material in this book will not be as meaningful or useful’.

I did not want to repeat what was in the video as the point I want to put across will be clear from watching the video. I thought it is easier to demonstrate via the video rather than explaining it.
Anyway, let me explain the video, as the critic pointed out that some readers may not view the video.

It took the rider 8 months of 5 minutes a day to be able to ride the bike whilst his son learned to ride a similar bike in two weeks.

The failed attempts of the bike riding illustrate how our brain tricks us into thinking the same way (bias). And the more rigid our thinking, the more difficult it can become to change.

This is why it can be difficult to unlearn something. (See chapter on unlearn page 75). It takes me about one month to get my students to unlearn all the wrong teaching they have learned in kindergarten and primary one. This too is explained by the fact that once the bike rider had learned to ride the special bike he could not ride a normal bike.

As I have explained in my book I don’t know why about 70% of the kids in the world don’t seem to have any problem reading regardless of the way they have been taught. I am only writing about the 30% of kids who find it difficult to change their mind set.

Since I am writing about the bike I might as well write about something I wrote on Facebook about cognitive bias which I had read on the internet.


Anchoring is a cognitive bias that describes the tendency for an individual to rely too heavily on an initial piece of information offered (known as the "anchor") when making decisions.

When we make decisions we tend to be swayed by what we remember. What we remember is influenced by many things including things like frequency of exposure.

When a child has been exposed to the wrong sounds of alphabets (explained in part ii of my book) his anchor has been fixed and he shuts down when something completely different is taught to him.

From the comments I have received I have learned one thing. Don’t be harsh on your children when they are young for they will turn and be harsh on you when you have grown old and they have attained adulthood like the critic above.

Posted by Luqman Michel at 4:56 PM

Yes, I have found this to be true. This is why it is recommended that new skills be learned accurately. It is much harder to unlearn and learn again than to learn correctly in the first place.

Thank you for your comment Leona. I agree but how does one learn new skills accurately when teachers teach them wrongly?
About 70% of kids learn regardless of how they are taught but about 30% of kids shut down and this is what my book is about.
There are many quotations by educators and scientists in my book who keep stating that kids are taught wrongly but no one has yet come forward to say what it is that is being taught wrongly.

I have identified what it is that kids have been taught wrongly.If teachers accept my findings and teach correctly illiteracy rate will reduce or even be eradicated.

Adults who learn English as a second language may have already shut down by what they had learned wrongly earlier.

As mentioned elsewhere in my blog, no amount of encouragement will work until the root cause is ascertained and removed from the minds of the students.

You are correct and all we can do is educate teachers on how to do it correctly. This is a huge task but very necessary. Preferably it should to be done so the problem can be stopped before it starts. Unfortunately the process is a little different for students that already have a bad start and have 'shut down'. There is hope however with dedicated teachers like you when you show your methods to others who may be teaching wrongly but don't know better. Knowledge illuminates minds and is the only thing that can make changes.

I am slowly getting there. Not easy and I have been doing it for a long time. In LinkedIn they ask for my credentials and scientific evidence. But this book that I have written will awaken many teachers around the world and we will see some changes while we are still on earth. Thank you for your support.

Yes, if teachers teach properly the problem will be reduced quite a bit. However, many kids will be shut down even before going to kindergarten because of YouTube videos which parents get their children to watch even before they get into kindergarten. I have shut down three such videos. All these are in my book.

My friend, let us do what we can to make this world a little better for the future generation.