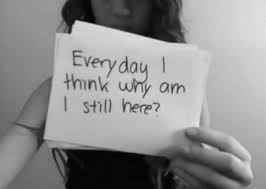 Yesterday, a friend from the USA wrote a post on FB on suicidal tendencies.

The following is what I read from the internet after I had finished reading the post by my friend.


Who is affected by suicide?

‘Unfortunately, suicide crosses all age, racial, and socioeconomic groups in the US and around the world. In the US, suicide is the 2nd leading cause of death among children and adolescents ages 10-24, and the 3rd leading cause of death among 12 year olds. Nearly one of every eight children between the ages 6 and 12 has suicidal thoughts. When a suicide occurs, everyone is affected, including the people who are left behind.”

A majority of kids who have suicidal tendencies are kids who are smart but are unable to read like others in their class. I had done some research on this and wrote about it in my post in September 2018.

Do read my post including the comments at:
http://www.dyslexiafriend.com/2018/09/suicide-prevention-and-shut-down-kids.html
Posted by Luqman Michel at 6:37 AM

Here is an article from Modern Ghana I received this morning (4.12.2019)in my in-box.Here are some relevant extracts:

‘Dyslexics Are At High Risk To Commit Suicide’ – SAP’s Project Director
Children with Dyslexia, a Specific Learning Difficulty that affects a person’s ability to read, write and spell are 3 times more at risk to commit suicide than children without Dyslexia, says the Project Director of Special Attention Project (SAP).

According to Mr. Richard O. Opoku, unidentified and untreated Dyslexia can cause serious psychological and emotional problems such as depression and anxiety.

“When dyslexic children repeatedly fail to perform in school, they feel frustrated, anxious and depressed. They lose self-esteem and sometimes reaches a point called real Cognitive Death, a situation where they has lost any motivation for learning,” Mr. Opoku explained.

You may read the rest of the article at: https://www.modernghana.com/news/971177/dyslexics-are-at-high-risk-to-commit-suicide.html