Quality of English teachers matter
The above was the headline of page 9 of our local newspapers – The Daily Express.
We read similar headlines each and every year after the schools results have been announced.
However, has the percentage of those who fail their English language reduced in the last 10 years?
If the answer is ‘no’ should we not ask ourselves “WHY NOT?”

I copy herewith a part of the article which I have attached.

“This shows that students do not do really well in English and I think this will definitely be a problem especially now that the Education Ministry has recently announced that students must pass in their English paper besides History and Bahasa Malaysia in order to get their SPM certificate” said Sarawak’s Welfare, Women and Family Development Minister.

According to her, the ELTDP project (English Language Teacher Development Project), which commenced in January 2011, works with around 2,000 teachers in various capacities to inculcate a culture of professional development at school level.

My thoughts:
I believe all these actions taken by the Ministry of education and the British council will increase the standard of the 80% of students who do not have a reading problem. That means that more students will obtain an 'A' in English. However, the 20% or so students who shut-down will not be reduced because their problem is not being addressed. I believe the British council is not even aware of the fact that about 20% of students shut-down. Unless and until the requirements of these students is recognized the % of students failing their English language will remain the same.

The 20 % (approximately) of students who fail their English language quoted in the newspaper above is about the same as that in the US and in England. The important question is to ask as to why this is so.

Coincidentally I read an article in FB where the minister of Education Minister Hekia Parata said the results showed that “we are either standing still or falling behind in reading”. 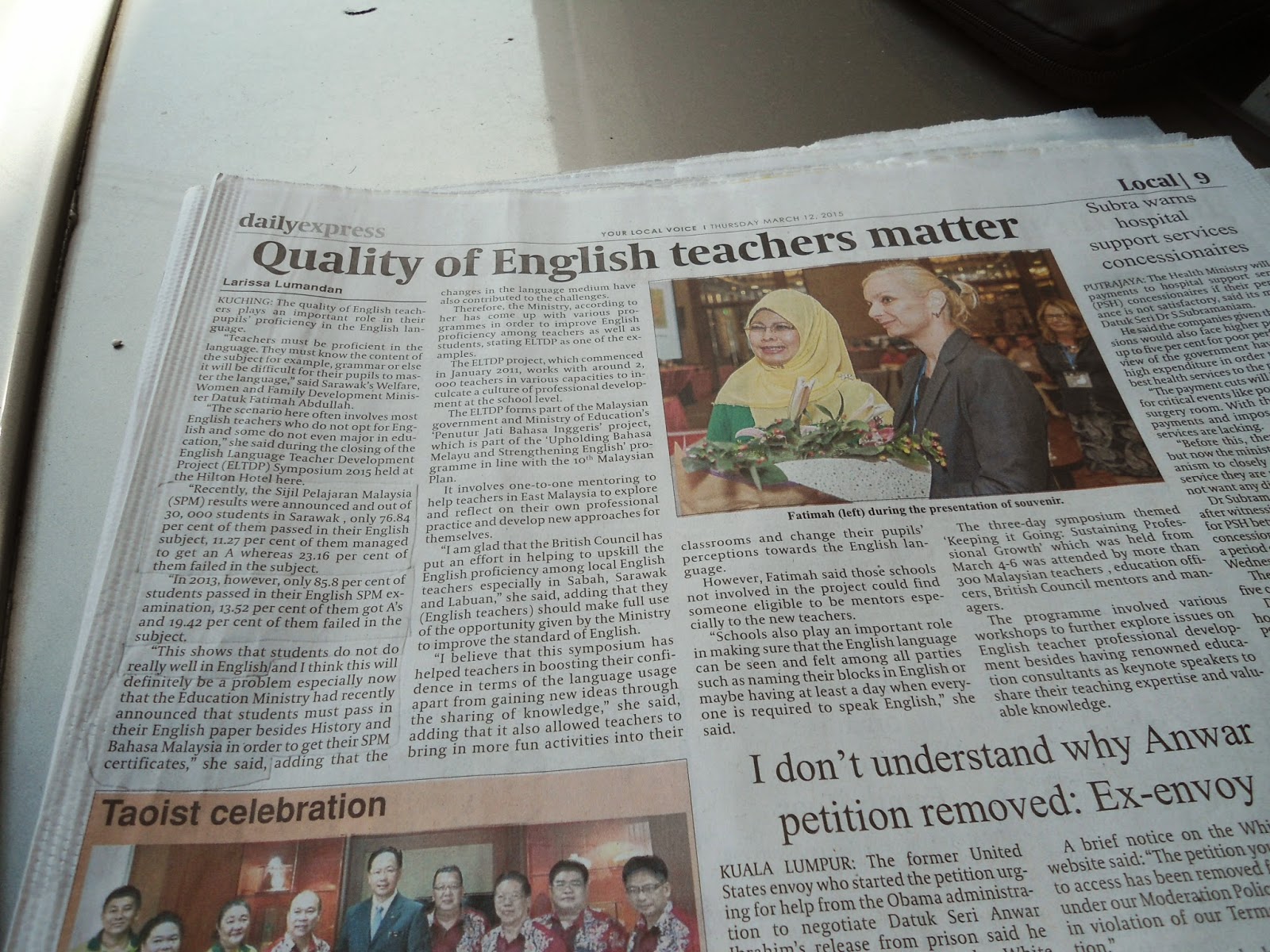 Posted by Luqman Michel at 6:29 AM

I agree with you Luqman Michel. The good professors, with due respect to them, are apparently confusing the matter. They do think that inability to read ENGLISH is due to Phonological Awaemenss Defieict in dyslexic children. Obviously the problem is not with the children but with the English language. The idiosyncrasy of the English language , with respect to the spelling of a word and the corresponding pronounciation is sometimes confusing. e.g. U in 'put' is pronounced as in foot , whereas in 'but' it is pronounced as in cut. Naturally a first time learner of English is confused. It is amply dementrated by you with a silmilar group of dyslexic children that they read very well in Romanised Mandarin, Malay, or Tamil(Tamil script) language. In these languages the words are pronounced exactly the way they are written. Anyone reading in these languages anywhere in the world read with the same pronounciation. No confusion. That is the beauty of these languages. Unfortunately, those people like our learned professors are unlikely to accpt the inferiority of the English language, at least, in this respect. We need not blame the dyslexic children. (Please note that this comment is only related to 'reading' and not to any other problem that may be also associated with dyslexic children) . Kandiah Namasivayam

Dear Mr.Kandiah, I believe the professors do not understand what I have been writing to them because they speak only English. They have made up their minds that children who are unable to read are unable to read because they have a 'phonological awareness deficit'. They don't stop to think about the fact that I have said that these same kids are able to read in Malay fluently. If these kids can read fluently in any other language can it then be 'phonological awareness deficit'? We will explore this question in my next blog post.