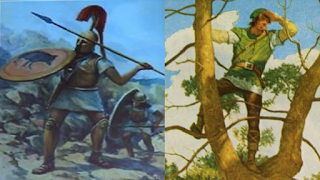 Not long ago I heard a TED talk by Julia Galef on why scout mindset is crucial to good judgment.
I believe that both mentalities are important. I used the scout mentality to gather firsthand information from my students on why they were unable to read in English but were able to read in Malay and Hanyu Pinyin.


Having gathered enough evidence I dared to debate with professors on my findings that phonological awareness deficit (simply put - unable to hear the sounds of words spoken) is not the reason for kids being unable to read.

I dared challenge world renowned professors like Prof. James Chapman of Massey University and Dr.Joe Torgesen of the US simply because I had firsthand knowledge about my students who could read in Malay but not in English. Therefore ‘Phonological awareness deficit’ definitely cannot be the cause of 20% of kids around the world being unable to read.

We need the scout mentality especially when a topic is controversial. I needed to use the scout mindset because educators still believe that phonological awareness deficit is the cause of illiteracy.

Now that I have learned directly, from the many kids I have taught since 2004, exactly why kids shut down from learning to read, I use my soldier mindset to educate the world on what I have discovered.
When I am researching I use my scout mindset as that would help me gather information without being influenced by my opinion or opinion of others. Only then will the information be unbiased and more accurate.

When I have discovered beyond doubt the cause of kids being unable to read in English, for instance, then I get into my soldier mindset and stand up for what I believe in and what is right. I don’t care if it is the Ministry of Education of Singapore or BabyTV of the UK or the staff from University Sains Malaysia. I don’t care if it is Dr.David Boulton, Prof. Timothy Shanahan, Prof. Tim Conway, Andrew P. Johnson, Dr.Reid Lyon or anybody else for that matter.

I dare say this because, with a scout mindset I have sought out the truth and now stand my ground and defend my findings with a soldier’s mindset.

Both the scout and soldier mindsets are key components in learning and growing.
Posted by Luqman Michel at 1:14 PM

Here is one of the emails from Prof. James Chapman

Thank you for your email. As a co-author of the paper “A developmental model of dyslexia: Can the construct be saved”, I stand by the article, which has received favourable comments from various people since being published in 1996. I have appended another article for your consideration, published this year in the Journal of Learning Disabilities.

I think we will agree to disagree, and I suggest that you submit your counter arguments in a paper for review and publication in the journals in which we have published our research. The Journal of Learning Disabilities might be an appropriate journal for such discussion. This would provide you with the opportunity to engage in legitimate academic debate.