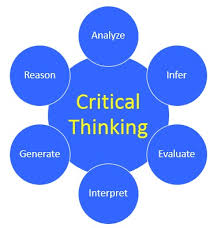 “Surely, Scott must be aware of Finkel’s views and yet he has made no attempt to counter or rebut them.” (Greg Ashman)

The above comes as no surprise to me.

Other than the three professors no one attempted to counter or rebut my posts on my blog, Face Book or on LinkedIn.


Many of the professors asked ‘What are your credentials? Where is your data and where is your scientific evidence? This is despite some educators saying that my Anecdotal evidence should suffice. One such educator, Elizabeth Nonweiler, is from Reading Reform Foundation, UK.

A few professors on LinkedIn deleted all their comments and my responses. All these are recorded in my blog.

Many of my comments on blogs and elsewhere were either not responded to or deleted. This is what has been happening on LinkedIn and even on a website called ‘Children of the Code’ and many other websites I have commented on.

Why can’t blog owners ask relevant questions or ask for elaboration on comments made on their blogs? I have always asked others to grill me on all that I write on. That will be the best way to learn from one another.

This reminds me of yet another Chinese Proverb – ‘He who asks a question is a fool for five minutes; he who does not ask a question remains a fool forever.’  If you don't understand, then ask. You may seem foolish at the time, but you will learn the answer.

Another big problem with many of the educators is the fact that they dare not say anything against opinions expressed by other professors. I have written on all such professors on my blog. One such professor is StephenKrashen who does not know the sounds of alphabets in the English Language and yet dare to say in writing that he will attempt to change phonics from an axiom to a hypothesis. I have written about other ‘Gods of Education’ in my blog. The Americans have more ‘Living Gods’ than any other country.

An establishment I would like to mention here is the Reading Reform Foundation of UK (RRF). I wrote to the RRF website sometime in November 2018. On 19.11.2018 one of the committee members, Debbie Hepplewhite responded and said that I may write to her and she will pass on my messages to RRF and discuss it among the committee members.

I wrote a lengthy email to her on 19.11.2018. I reminded her for a response.  She has postponed responding a number of times. I have said that a majority of kids who are classified as dyslexic are in fact instructional casualties. I have backed up my own findings with corroborative evidence and yet the committee members of RRF do not respond. What are they afraid of or who are they protecting?

The UK Reading Reform Foundation was founded in 1989 by Mona Mcnee, a friend of mine. (I stopped corresponding wit her in 2015 when she fell ill and was almost blind.)

‘The RRF is an organisation dedicated to campaigning for better teaching of reading in the English language.
All children need knowledge of the alphabetic code and the skills of blending sound for reading and segmenting the spoken word for spelling – whether they learn to read easily or find it difficult.
The RRF committee oversees the work of the RRF. Its members all have an interest in the effective teaching of reading and most of them are directly involved in teaching or tutoring children.

Again I ask the question as to how are we going to reduce illiteracy when no one wants to discuss the real reason why kids disengage from learning to read. I think there's more to this than meets the eye.
Posted by Luqman Michel at 7:06 AM