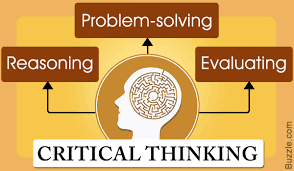 In the article above Greg said:


My comment: I disagree with "one has to know a lot of stuff in order to think critically about it”. This is true about technical stuff. However even in technical stuff like engineering my reasoning for why ‘sink holes’ are created was not accepted by many qualified engineers in Malaysia (in fact not one engineer I discussed with agreed with me and at the same time no engineer disputed my findings recorded in my blog). My argument with doctors in our QEH 1 on using the ‘Vantage’ blood monitoring system wrongly was brushed aside until a young doctor heard my argument. I took upon the project management of Pekway and completed phase three of the project in 10 months as compared with the so called Australian builder who took about 2 years to complete a similar number of houses.As such, you do not need to know a lot of stuff about many things in order to think critically.

Many things can be figured out by people outside a particular field better than one involved in that field for years. This brings to mind a Chinese saying –当局者迷，旁观者清dāng jú zhě mí,  páng guān zhě qīng. That means ‘the person on the spot is baffled, the onlooker sees clear.’

A child is able to think clearly because she has no preconceived ideas unlike scientists or educators who have a closed mind to something novel.

Let us take my extensive writing to universities and professors around the world. To me it was obvious that ‘ Phonological awareness deficit’ cannot be the cause of my students being unable to read in English. This was as clear as daylight because they could read in Malay and Hanyu Pinyin which use the same alphabets as does English. Despite lengthy explanations two of the top professors in the world agreed to disagree and asked me to write a thesis on my findings. Is it because they could not think critically? Don’t forget that these are renowned professors. Could it be ego (Kiasu/Kiasi in Hokkien).

Only 3 out of more than 20 professors I wrote to responded and had a decent discussion. One other, because she was cornered owned up that she is not an expert. All the others did not respond as they had simply echoed what they had read. Were they not able to think, let alone critical thinking?

Note: Greg Ashman’s blog is one of 3 blogs I read on a consistent basis. This guy is head and shoulders above me when it comes to matters related to education. However, there are a few things that he has yet to understand. If I can convince him, then illiteracy will be reduced drastically.

I am already in discussion with a reporter from US who is publishing articles on why kids cannot read.