The National Organisation for Dyslexia AND Dyslexia Association 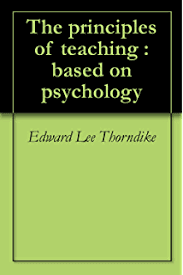 "New learning builds on previous learning. The kids who are prone to shutting down cannot transfer what they have newly learned unless they truly understand what they are learning and connect them with what they have learned."

The president of NOD, Dr. Mullai A Ramniah, did not respond.


Here is the Mission Statement of NOD

Every child should have the opportunity to learn to read and write. Where there is a learning disability/difference, access to appropriate methodologies must be available. NOD Malaysia wants to make possible a Malaysia where no child drops out of school because she/he cannot read or write. Shaywitz, MD, says almost everyone can overcome Dyslexia, Federman ,MD, Harvard Medical School (2005).

There is a further quotation as follows:

“NOD Malaysia wants to make possible a Malaysia where no child drops out of school because she/he cannot read or write.”

My comment: If NOD “wants no child to drop out of school because he/she cannot read or write” why wouldn’t its president respond to my article on Star Online?

I have decided to take in a few students this year and video tape their progress from the first lesson to prove that initial input (Thorndike 1913) is extremely important to all kids generally and specifically to kids predisposed to shutting down.

Here is a video clip that I happened to see on the internet.  See how adamant that kid is. She had learned the wrong way of counting from someone and now refuses to listen to her mom and dad. This is exactly what happens to kids predisposed to shutting down who are taught wrong sounds of alphabets.

These kids stand their ground and will shut down from further learning until they realize that what they had learned initially is wrong.

Note: As for Sally Shaywitz, MD, she is the one who wrote a long article in the Yale website on phonological awareness deficit being the cause of dyslexia. I wrote a lengthy comment which was subsequently deleted by the administration of that website.
I wrote several emails to her and did not get any response.
Posted by Luqman Michel at 4:33 AM