No child left behind 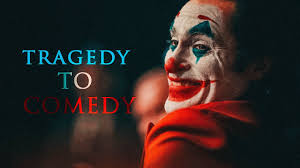 This morning I saw a tweet by Sue Lloyd. She is one lady who teaches phonics the way it should be taught.

The tragedy is that it is preventable. See research by DrMarlynne Grant

‘Not a single child in the studies developed severe literacy difficulties.’ - in this large school, poor social environment and tested for 8 years.


I retweeted as follows:


Preventable? The UK is poisoning kids around the world by teaching the wrong phonemes. Tell me are phonemes taught correctly in Charlie and the Alphabets.

Did you ask yourself why not?

Is it because the pronunciation of phonemes were taught correctly by you?

You teach phonemes the way it should be taught. But the British are poisoning the well through TV programmes aired...


Why can’t these educators think and ask themselves as to why ‘Not a single child developed literacy difficulties’?

Let us look at what Dr. David Kilpatrick said in his book ‘Equipped for Reading Success’.

"In a large study conducted by scientists from The State University of New York of Albany, researchers were able to reduce the number of children who require ongoing remediation from the national average of 30% down to about 2%. ... A third example is a study by researchers at Florida State University. They showed how the most severely reading disabled students could reach grade level- and stay there- using a surprisingly brief intervention program. These examples question the inevitability of widespread reading failure."

I did 'research' on my own and have taught more than 70 so-called dyslexic kids over 15 years. Almost all of them could read in Malay when they came to me for a one on one tuition but were unable to read in English.

The main reason for the majority of kids being unable to read is shutting down or disengaging from learning to read due to confusion. The confusion is a result of the wrong letter-sound relationship.

Here is a tweet from Pamela Snow this morning. She keeps harping on “How about some adherence to evidence-based principles in education?”

I have spoken about kids shutting down all this while. However, it just dawned upon me that educators too are shut down. They simply do not listen.

Have they only cared to listen to how to teach children properly, no child will be left behind.

It baffles me that Sue Lloyd can say that she does not believe that teaching of phonemes with extraneous sounds is the culprit of kids shutting down in English speaking countries.

What difference does it make whether it is an English speaking country or otherwise?

I have written several emails to her stating why kids shut down and are wrongly classified as dyslexic.

I have many corroborative pieces of evidence in my blog as well as in my book backing up my findings that kids predisposed to shutting down do indeed disengage from learning to read when they are confused.

Is the Western world sleeping or pretending to sleep?