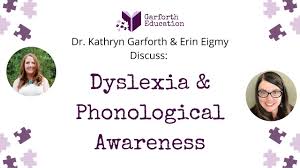 Many teachers like Dr.Kathryn Garforth make statements which many believe simply because these people have an initial in front of their names.
Little does the public realise that half the time these so-called PhD's do not know what they are talking about.
Tamil is the oldest living languages in the world and phonological awareness is just as important as in English if not more so.
We have dealt with the 3 different sounds of the 'L' sound in Tamil in my post here.
Now let us look at a few more letter sounds in Tamil and see for yourself if Kathryn Garforth knows what she is talking about. I believe it is very irresponsible of her to just repeat what others have been saying for decades. It is silly to say that kids can read in Tamil but not in English because Tamil does not require the same phonological awareness as does English.
The following represents the soft sounds and the hard sounds of the letter 'n'. It is a nightmare for many kids as to when to use which of the two n's -  ன் or ண்
அவன் - He
அவண் - There
தன் - His
தண் - coolness
கனி - Fruit
கணி - Calculate
உன் - Yours
உண் - eat
பனி - Mist
பணி - Work
Here are a few examples of the problems for kids with the letter 'r'. When does one use the letter ற and ர. Don't kids learning to read in Tamil require phonological awareness?
அறம் - Merit
அரம் - file
மரம் - tree
மறம் - bravery
Here are a few more examples of the letter 'L' where it is easy to write the wrong 'L' which would mean a completely different word and meaning.
பழம் - fruit
பலம் - strength
ஒலி - sound
ஒளி - Light
ஒழி - ruin
புள் - bird
புல் - grass
My advice to teachers like Kathryn Garforth is to ponder over what is written by those who have learned why kids shut down from learning to read instead of simply repeating what is 'Peer reviewed'.
She had the audacity to tell me that she may read my blog posts if I pay her to read as my posts are not 'peer reviewed'. If that is not arrogance nothing is.
Posted by Luqman Michel at 4:24 PM

I do not know anything about Tamil except for the brief search I did on Google Scholar. I have no intention of researching it further. It is not something that is relevant in my life except when you post about it. Based on the limited information I know the phonological awareness you are talking about is the unconscious awareness that is needed to understand spoken language. This is different than the conscious awareness of phonemic awareness needed for reading and spelling in the English language.

Thank you dr. Garforth.
If you do not know anything other than the brief search you did on Google Scholar you should not make statements such as you have made. You had said that Tamil does not require as high a phonological awareness as that of English.
My mother tongue is Tamil and I believe I know a little more than you.
My advice to you is to stick to what you know.