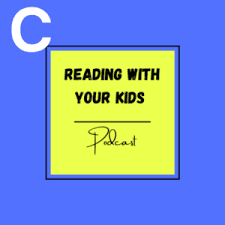 Jedlie, in his interview with Dr. Kathryn Garforth, asked the following question:

We teach that ‘c’ is for cat and ‘a’ is for apple. We are not letting them know early enough that ‘a’ is for apple most of the time but there are other times when ‘a’ makes (represents) a different sound. When should we introduce that idea to the kids?

This is how I would have answered the question hoping it will be useful to parents of kids listening to that podcast.

I would at the onset inform all kids whom I teach that most letters represent more than one sound and would point it out to them as we approach a different sound represented by any letter they have already learned.

One of the 3 main reasons why kids get confused is not being told that most of the letters represent more than one sound.

We teach them ‘a’ is for apple then start teaching them words where ‘a’ does not represent the same sound as it does in apple.

The first lesson on my blog introduces two different sounds represented by the letter ‘a’.

The following are some of the sounds represented by the letter ‘a’.

A as in apple, axe, accent, ample

A as in able, alien, ace, angel

A as in agree, ahead, allow, amuse

A as in all, although, always, awe

For the sounds represented by the other vowels, please refer to my post here.

There is a video titled ‘Is my kid learning how to read – Part1’ done by a Twitter friend of mine which is commendable. Here too you can see why the kid in the video could not read the word ‘paint’ where the sound represented by the letter ‘a’ is not the same as that which she had been taught. Listen to the video found in my blog post here.

Posted by Luqman Michel at 5:40 AM