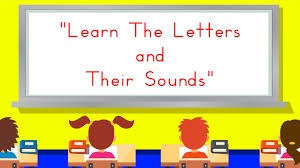 One of the 3 reasons why kids shut down from learning to read is the fact that they are not told on the outset that letters represent more than one sound. Let them know this fact and when you come across words where the sound represented by the letter you have taught him earlier is different point it out to him.

In the first lesson, I have posted on my blog, there are two sounds represented by the letter ‘a’. They are:

Here are the many sounds of the vowels which you should point out when you see them.

A as in able, alien, ace

A as in axe, apple, ample

A as in agree, ahead, arrive

A as in all, although, always

E as in each, eel, equal

E as in earn, early, earth

E as in ebony, echo, elbow

E as in eight, eighty, eighteen

E as in either

E as in ewe

I as in idea, iron, island

I as in ill, in, improve

I as in irk

O as in object, occupy, offer

O as in onion

O as in ooze

O as in orchard, orchid, order

U as in umbrella, under, up

U as in uniform, unit, use

U as in urban, urchin, urge

The sound of g is also different as in the words, giraffe, giant and gorilla.

Posted by Luqman Michel at 5:18 AM