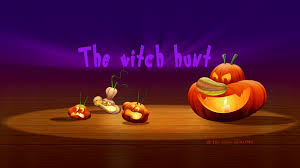 On 24.8.2020 Kevin Wheldall clicked like on a tweet by Professor Jennifer Buckingham who had said the following:

Luqman, I have had enough of your outlandish statements. Disagreement is fine as long as it is respectful, honest, and not persistently personally targeted. If you don't change the way you interact with me on Twitter I will block you.

Only now, did I realise that Kevin is a director of Multilit in which Jennifer is an employee. I believe it is not proper behaviour for anyone, let alone a director of an establishment involved in education, to like a tweet without knowing what the matter discussed is about.

London John, would it be witch hunt if I highlight this matter. Read the whole of the thread below before responding.

Dyslexia is widely misunderstood and can have a devastating impact on a child and their family if it is not identified early and appropriate teaching provided. Find out more and support #CodeREaD's efforts to help all children learn to read by following the links below.

I responded by tweeting the following:

1 in 10 Australians struggle with dyslexia every day?

And do the words disappear from the page they are reading as shown in the video clip?

This is done by the dyslexia proponents to con parents.

Luqman, I have had enough of your outlandish statements. Disagreement is fine as long as it is respectful, honest, and not persistently personally targeted. If you don't change the way you interact with me on Twitter I will block you.

Prof. Jennifer. I am merely stating my observation and my opinion. It is not a personal or outlandish statement.

Please tell me if you have personally seen 10% of kids whose pages go blank while reading?

Please educate me on how it is personally targeted when I did not even mention your name.

If you care to ask me for corroborative evidence I will provide you numerous such evidence.

My only aim is to share what I have learned from teaching dyslexic kids.

If you had produced the video clip then I have been personal - I am sorry. I thought the video was prepared by others.

I tweeted again the following:

I have read countless articles on dyslexia since 2004.

Not one of my students had the problems shown in the following video which is similar to the clip you attached.

This video is an awareness campaign. I don't believe it was intended to convey the notion that the words on the page literally disappear. The resources on the Code Read website have more information.

I saw the words disappearing and thought that is what I have seen numerous times on the internet.

Please do watch this video.

If you have time listen to the next clip as well

If you have experienced any of those do share

My comments now: ‘The video is an awareness campaign’? What would parent of kids, whose children who cannot read and have been wrongly ‘diagnosed’ as dyslexic, think? They would spend money on ‘vision therapy’ and be stressed by whatever happens. This kind of awareness campaign is promoted by dyslexia advocates and those with vested interest.

Honestly, I thought dyslexia awareness campaign was supposed to be in October. Perhaps they started it a little earlier this year.

It is this liking of tweets without knowing the background of what is being tweeted that causes a lot of problems. I believe this is exactly what many of the supporters of Summer Howarth have done.

Time is finite and I have better things to do than to go witch hunting. But someone should stand up and fight this evil.

What is this nonsense where educators block another and click ‘like’ on anything tweeted by their friends?

If I don’t agree with something that may mislead others especially innocent parents, then I will say what I think is right.

Posted by Luqman Michel at 4:37 AM