Preface - Teach your child to read 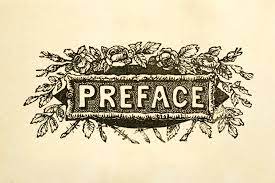 A majority of children are wrongly classified as dyslexics when in fact they are instructional casualties. Many smart children who are predisposed to shutting down will disengage from learning to read when they have been taught the wrong pronunciation of phonemes.

Many schools around the world teach the pronunciation of phonemes wrongly, leading to children failing to learn to read. Children who could otherwise learn to read, if they were not mistaught, are then labelled as “needing” specialised remediation classes to overcome their learning/reading “disability”.

There are educators who say that we should not teach children letter names before teaching phonemes as this will only confuse the children. I disagree with this theory as there are many words which begin with letter names for example, bee, deep, eagle, giraffe, jay, Kate, pea, tea, unite, etc.

Let us therefore teach letter names. One common way of doing this is through the alphabet song. Here is an example in a YouTube video:

This book teaches phonics along with 5 to 8 Dolch words to be memorised in each lesson. For children who are in primary three and above you may ask them to memorise 10 words during each lesson. The Dolch words introduced in this book comprise about 70 percent of the words in most children’s books.

In 2004, a friend asked me to teach his son who spoke good English but was unable to read even a single sentence despite having gone to kindergarten for one year and then to primary one – another year.

I was curious as to how a smart child like him could not even read a single sentence after having spent one year in kindergarten and another year in school. I therefore decided to teach more of such children and have, to date, taught more than 70 children on a one on one basis.

Almost all of my students could read in Malay but not in English when they first came to me for tuition, despite English and Malay using the same letters of the alphabet.

This book is a result of my observation and interview of my former students. All of them had shut down from learning to read as a result of confusion. They were confused because they had been taught the wrong pronunciation of phonemes and were not told that the letters of the English alphabet represent more than one phoneme.

The book is titled ‘Shut down kids’ and is available on Amazon. People living in Malaysia, Singapore and India may get a copy from https://notionpress.com/read/shut-down-kids.

Posted by Luqman Michel at 3:53 AM