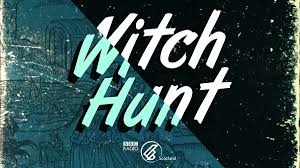 This is a continuation of my response to a tweet by londonjohn on 5.10.2020

As I've said before, if you are right then relax in what you're doing as truth will prevail. You don't need to go on a witch hunt trying to destroy others who are helping kids read. (London John).

Only a few members of the Lions Club of Kota Kinabalu Host, a charity organisation, were ever interested in finding out the truth of my claim that money meant for the poor was being misappropriated by the club. I was expelled by the club with trumped up charges.

I went after the club and in the process wasted a lot of time and money to prove that money was actually being siphoned out by means of secret bank accounts unbeknown to most members. After more than a year’s investigation the club was deregistered by the Registrar of societies.

Was what I did a witch hunt?

The above case may not have much to do with education but it has a lot to do with kids from poor families. My point is that I will highlight any misdoings by anyone around the world. My intention is not to destroy but to build anew.

I would not publish a book on this if the contents in the book is inaccurate in any way. Do, read the back page of this book at https://www.amazon.com/Wolves-Among-Lions-Luqman-Michel/dp/1643241958

Let’s get back to education.

I wrote to Dr. Timothy Shanahan and explained that many of the kids who are unable to read are instructional casualties. They had shut down because of phonemes of consonants being taught wrongly.

Where is your evidence that kids should not be taught consonants with extraneous sounds?

What a stupid question from a guy who is considered one of the top educators in the US. It is statements like this together with statements like that of David Boulton and many others that make me wonder if these guys are naïve or are the puppets of the boys with a vested interest.

These 2 guys had worked on the Children of the Code. There appears to be a power working behind the scene to ensure smart kids are unable to read.

If these are witch hunts, I want to continue doing them so that we can one day end the reading wars.

I had stopped my complaint on the Lions Club for a while but have now decided to pursue it. It will cost me some money and a lot of valuable time.