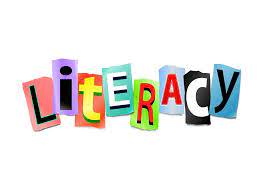 Here is a paragraph extracted from Professor Pamela Snow’s blog post, and my comments.

How can a child who receives solid, teacher-guided instruction ranging across phonemic awareness, phonics, vocabulary, comprehension and fluency be “short-changed”? Seriously?!  Many children can but dream of having these basics in place in their classroom. Having them in evidence is one thing. Having them based on robust evidence, is another thing altogether. And where is the evidence that children exposed to phonemic awareness, phonics, vocabulary, comprehension and fluency “disengage from the learning process”? What about the possibility that systematic attention to these features might have the very opposite effect for many at-risk learners?

My comments: Professor Pamela Snow, similar to many teachers, knows how to ask questions but is incapable of having a discussion/debate when someone has a different opinion.

Now to respond to Pamela’s questions above;

No child will be “short-changed” if teachers have guided them across phonemic awareness and phonics correctly. A child, with no acuity problem, who cannot read at grade level, if tested, will pronounce the consonants with extraneous sounds. Has she done a research on this since my explanation to her in 2018?

I like to remind readers that a pediatrician in California, Dr.Richard Selznick, told me in our Q&A via emails that out of the thousands of patients he has examined over the years a majority of them pronounce phonemes of consonants with  extraneous sounds.

The evidence that children “disengage from the learning process” is all around us and has been there for decades. If Pamela and company take their blinkers off they will be able to see the number of kids leaving school as illiterates over the last few decades.

Pamela Snow, Emina McLean, Jennifer Buckingham and others like them need to ask why many kids from a class with the same teacher are unable to read whilst a few are able to read almost immediately and a majority are able to read only after a few years.

Thank goodness the majority of children figure out how to read despite being taught the pronunciation of phonemes wrongly.

And where is the evidence that children exposed to phonemic awareness, phonics, vocabulary, comprehension and fluency “disengage from the learning process”? (Pamela Snow)

She has to be kidding to ask such a silly question. The evidence is all around us and has been around us for decades. Kids disengage from learning to read due to confusion. Once a child has disengaged there is no point talking about vocabulary, comprehension and fluency.

When a child has taken his first step and then retracted his foot what is there to talk about the second and third steps?

Ask any teacher conducting intervention/ remediation classes and they will tell you how they managed to get kids who had disengaged (from learning to read), to learn to read. Every year there are thousands of such children who disengage from learning to read and are brought to grade level by dedicated teachers.

Posted by Luqman Michel at 5:24 AM