Reading with your kids (RWYK) podcast 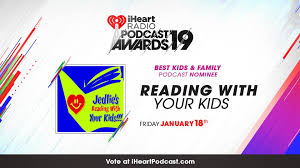 I listened to the following Podcast by Jedlie where the guest was Dr. Kathryn Garforth.

Here are tweets between Dr.Garforth and me on the above podcast.

Excellent podcast! A few Questions come to my mind:

Dr. G says that dyslexia is a specific type of problem with reading. I say it is a specific reading problem only in English as kids do not have a similar problem in reading in Tamil, Chinese, Malay, Italian…

Dyslexia does exist in these languages; it just doesn't appear frequently because of how the language is represented in print. English is a very orthographically complex language that requires a high level of phonemic awareness that many don't. I will respond more later

There are different reasons for reading problems. A PA deficit just happens to be the most common deficit and one that we can detect even before reading instruction begins.

Dr. Kathryn then tweeted a link that had been tweeted by Mark Anderson.

This is what I was talking about @luqmanmichel

My comments now: The definition of Phonemic Awareness is ‘the ability to hear and manipulate the sounds in spoken words and the understanding that spoken words and syllables are made up of sequences of speech sounds’

Should we attribute it to the lack of phonemic awareness as being the reason for kids being unable to read in English?

Assuming it is phonemic awareness that is the cause of kids being unable to read then the question, as to how kids certified as dyslexic are able to read after a short period of intervention, begs an answer.

Articles similar to the above article on the opacity of the English language has been published every now and then during the last few decades. I believe it is the work of people with a vested interest.

We shall examine further tweets between Dr. Garforth and me in the coming days.