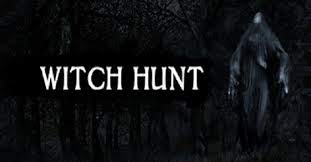 As I've said before, if you are right then relax in what you're doing as truth will prevail. You don't need to go on a witch hunt trying to destroy others who are helping kids read. (London John).

My intention is not to destroy anyone. It is to prevent such people from attacking me from saying what I have learned. One may question me on what I write but one should be ready for a rebuttal and be able to respond.

I believe this is a western culture where one is expected to be diplomatic and sweep things under the carpet. I prefer to call a spade a spade and I will apologise if I had made a mistake. Stephen Parker cannot mislead readers.

I believe this will be a good time to elaborate as I am stuck in my house and not able to do gardening due to El-Nina which is expected to last a few days.

Stephen Parker is the guy who said that it takes 12 years for the Chinese to learn 6,000 characters when in fact it takes them 6 years. Despite pointing this out Stephen has not amended his post. This, I believe, is an irresponsible act. Stephen writes a lot of things that are sensible but why screw it up by making false statements to support his point.

London John has tagged Stephen Parker on Twitter but there is no response from Stephen.

Why can't Stephen Parker and many others like him, realise their folly, apologise and move on?

What London John says is similar to what Emina Mclean had said.

For those loud and unpleasant few online who are openly argumentative and wilfully ignorant, can I suggest the mute or block buttons? Amplifying their voices and further cementing their views through engagement is incredibly unhelpful. (Emina McLean)

I don’t think amplifying the voices of these loud mouths is unhelpful. It will allow those who can think to get a different perspective.

Either some of these so-called educators are really naïve or are ‘planted’ by powers that be to propagate misinformation for their benefit.

David Boulton was one of the first guys I wrote to in 2010.

Let us look at one of Dr. David Boulton’s statements on LinkedIn:

Children of the Code avoided advocating solutions so as not to be dismissed as having an agenda other than learning deeper into the challenge.

Are we to accept such a statement from a team that comprised of 160 scientists that had used millions of taxpayers’ money to do research over 15 years on why kids are unable to read?

David Boulton also disagreed with me when I said that the videos he recommended on his website are teaching the wrong phonemes of letters. He disagreed but removed both videos immediately after.

You may read more at https://www.dyslexiafriend.com/2017/07/drboulton-drlyon-and-drengelmann-on_23.html#more

Posted by Luqman Michel at 2:25 AM