Main cause of reading problem as per Sue Lloyd 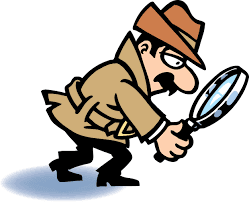 In my experience the cause of reading problems is nearly always when children are expected to memorise words instead of decoding them.

I find that even kids who are diagnosed as severely dyslexic are able to memorise Dolch words. All my past students had no problem memorizing them by rote memory. I get them to memorise the Dolch words by repeating the letter names of the words to be learned.

The following post shows my only students for 2019 who was diagnosed as dyslexic by experts in that field. I recorded the following after his 7th one- hour lesson with me. He had memorized 57 sight words and had been taught to read many words using phonics. Listen to the 2 YouTube videos in the link here.

The following posts are related to the above student which includes the Dyslexia screening tests by the experts in that field.

My student’s father wrote the following:

In January I met Dr.Fauziah with my son. We had one and a half hours consultation and the doctor said that Emmanuel is dyslexic. She told me to meet Dr. Atiqah to certify his IQ test before Dr.Fauziah can issue an ‘OKU’ card (Disability Card) to enable him to go to a special class. She suggested to go to SK Kolombong. The school has a class for dyslexic students. (The names are actual names)

As I have mentioned several times, the term dyslexia does not have a scientific definition and in addition a parent has no clue as to what to do after the 'diagnosis'.

My term 'shut down kid' is a kid who has disengaged from learning to read due to confusion as a result of being taught wrongly.

My first student for 2019 (Part 4) – Actual Dyslexia Screening Test shown here with permission from the father of Emmanuel.

The Dyslexia Screening Test is a screening instrument to profile the strengths and weaknesses that are often associated with dyslexia.

The overall 'At risk Quotient' was 2.2   This is in the lowest 2 percent for children of this age and is considered a 'Strongly at risk' score.

Posted by Luqman Michel at 3:34 AM