Instructional videos that cause many kids to shut down 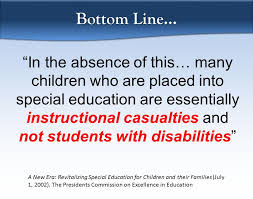 Yesterday, 27.10.2020, I had a fruitful discussion on Twitter with nickie simonetti @ End the Struggle#Dyslexia.

In brief I said at the end of the discussion:

My discussions on Twitter is not to 'fix' but to make teachers aware that we can reduce kids leaving school as illiterate simply by not teaching the wrong pronunciation of phonemes of consonants. Prevent rather than cure.

Agree...whenever I watch an instructional video I shudder.

I have written several posts on videos that make me shudder as well. I have tried in vain to get the producer of Baby TV to remove the Charlie and the Alphabet episode which I believe will be detrimental to kids. If a toddler predisposed to shutting down keeps listening to phonemes of consonants taught with extraneous sounds he is bound to disengage from learning to read when he attends grade school.

The episode by Baby TV is what I had written to Sue Lloyd and Debbie Hepplewhite of RRF to request them to convince Baby TV to remove that video. RRF did not think it would do harm to kids.

Here is my lengthy email to Reading Reform Foundation of UK. It includes the Baby TV programme ‘Charlie and the alphabet’.

What the RRF and its members do not realise is that initial input can affect kids negatively if they are taught wrongly. This was already determined by Thorndike in 1913. It is difficult for kids to scaffold new learning material to the faulty material initially learned.

Together with my daughter we managed to terminate several YouTube videos teaching the wrong pronunciation of phonemes of consonants but there are still many being viewed by kids around the world.

Here is one that is still being viewed.

There are many Dyslexia teachers who also teach consonants with extraneous sounds. The following is one of several. I wrote to the producer, Liz Dunnon, who ignored my emails.Listen to the video in my post here.

I have several other examples but I guess the above samples should be enough to drive home my point.

First we need to teach teachers before they can teach the kids to learn to read.

I believe there are people with a vested interest who want to maintain the status quo. The dyslexia business is a multi-billion-dollar business and the more children who are unable to read the more money these people can make.

It is unimaginable for me to figure out how one of the Gods of education, Timothy Shanahan, can ask me to prove that consonants should not be taught with extraneous sounds.You may read more on my post here.

It is ludicrous for Dr. David Boulton to unfriend me on LinkedIn for telling him that two of the videos promoted by him are teaching the wrong pronunciation of phonemes of consonants. He unfriended me and immediately after that deleted both the videos I had criticised.

Here is my post on David Boulton and the 2 videos that were deleted by him immediately after unfriending me.

How does one educate the educators who I believe are just puppets for the puppet masters?

Believe me, for all the tea in china I would not want to sound/look as stupid as some of these puppets.

Posted by Luqman Michel at 4:01 AM