Sound-symbol skills is the foundation of phonics 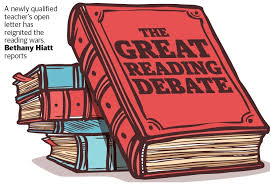 The following is what Emina McLean had responded to me on an email exchange with her.

We do perhaps disagree that mispronunciation using extraneous phonemes is a/the major cause of instructional casualties and/or The Reading Wars. That's not to say that it doesn't play a role, but in the schools I work in the biggest issue impacting literacy development is that phonics is not taught in any systematic way i.e. students are not learning how speech maps to print in any structured or explicit way and they are not learning the different between speech sounds and alphabet letters. I agree that we should ensure accurate pronunciation, but we also need to get everything right that follows on from that, including ensuring that all schools are following a systematic phonics scope and sequence.

My comments: I was not surprised with the above response from Emina. A similar statement was made by Pamela Snow on Twitter, not too long ago.

Let us examine her response.

I have said that the teaching of pronunciation of phonemes of consonants is the main reason for children shutting down/ disengaging from learning to read.  Emina McLean and Pamela Snow disagree.

The Reading Wars have been on-going for decades as no one is talking about why kids disengage from learning to read.

Emina says ‘phonics is not taught in any systematic way…’.

What Emina and Pamela fail to understand is that I am talking about the 20% of kids who shut down when they are confused. I have spoken to such kids and they have told me why they had not been able to read. The kids interviewed by the Children of the Code team had also said the same thing.

These kids shut down /disengage from learning to read because the pronunciation of phonemes are taught wrongly. Both Emina and Pamela are talking about phonics.

Let us not forget that many have left school as illiterates during both the whole language as well as the phonics period. The common factor in both periods is phonemes not being taught correctly.

Let us examine the following said by Emina;

‘I agree that we should ensure accurate pronunciation, but we also need to get everything right that follows on from that…’

The above was also said by Pamela Snow and many others including a teacher, Kerri Smith, who said on Twitter 26.9.2020;

‘I don’t believe that phonics is enough on its own; the whole purpose of reading is to get meaning from print and we need to help kids get that. What is the point of perfectly pronouncing a paragraph if you don’t know what it means?’

My question to that is:

‘Let us discuss what is the 'so much more to reading'. ‘What are they specifically?’

She repeated what educators have been saying;

My comments: As an analogy, I am talking about kids who are stuck at the starting point of a hurdle race – they have not started running – and Emina and Pamela are talking about the hurdles placed at intervals.

No one will disagree that vocabulary, comprehension and fluency are all important. However, if you do not teach letter-sound knowledge, namely phonemes, which is the foundation of phonics, many kids will disengage from learning to read. They will stop listening to teachers.They are stuck at the beginning of the starting point of the hurdle race.

Let us take mathematics as an analogy. I am saying we should teach kids the basic numbers first. These teachers are saying; but Luqman, there is more to math than just teaching numbers. What about algebra, trigonometry and the like.

Similarly, to be able to read you can teach using the whole language or phonics methods. Both have proven to work.

However, one has to find out the reasons why many kids fail to learn to read under both periods.

Note: I will not post for a few weeks as I am going to be busy preparing letters to authorities in Australia. If anyone knows email address and names of officers of the Victoria Police, Victoria Ombudsman, Victoria's minister of education, ACCC and whoever else I can write to to complain about a teacher in Victoria please write to me at luqmanm2002@yahoo.co.uk.

Posted by Luqman Michel at 6:22 PM