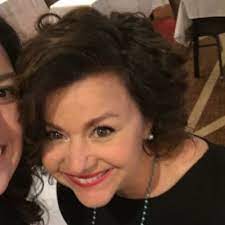 The only limitation is KNOWING  95% of all children are cognitively capable of learning to read, but they aren’t because of unproven, unreliable, non-evidence based methods. If we knew we could cure 95% of all cancers, would you be ok with only 32% being cured?

I believe you got this wrong. Engelmann had said that only a fraction of 1 % of his hundreds of 'dyslexic' students was unteachable. Do listen to my interview at

https://youtube.com/watch?v=KJl-IFrGiQk for the real reasons why kids are unable to read.

Where did Angie, whose profile says she is a Passionate and enthusiastic Speech-Language Pathologist, come up with this ‘95% of all children being cognitively capable of reading’ from?

Where did she come up with the idea that children are unable to read because of unproven, unreliable, non-evidence based methods, from?

How can a responsible adult say something like this and then shut-up when questioned?

Unfortunately, this is what many of these SoR proponents say to promote their products and services. Siegfried Engelmann in his Children of the Code interview with David Boulton had said that it is only a fraction of 1% of kids he was unable to teach to read.

In his book ‘Equipped for reading success’, Dr. David Kilpatrick said that in a large study conducted by scientists from the State University of New York at Albany researchers were able to reduce the number of children who require ongoing remediation from the national average of 30% down to about 2%. A study by researchers at Florida State University showed how the most severe reading disabled students could reach grade level – and stay there using a surprisingly brief intervention programme.

I was able to teach more than 70 dyslexic kids to learn to read. From what I learned from my students I am now able to guide parents via Zoom and Whats App. Unfortunately, I only recorded two of the many cases – one from Kenya Africa, Link and Link, and another from Victoria, Australia. (LINK and LINK) These two cases clearly show that kids disengage from learning to read because of confusion and it has nothing to do with methods of teaching as suggested by Angie.

There was no response to the following Tweet by the teacher from Victoria:

Dr. Sam had said in one of his blog posts: "At the end of the day, I believe that the solution to the problem of how to best teach reading doesn’t lie in adopting this program or that one.  I believe it lies in creating the kind of teachers that can make effective use of many programs."

I am still awaiting a response from Angie on my tweet above. Let us stop saying stupid things like what Pamela Snow of La Trobe University said. (LINK)