A Postmortem of my Twitter discussion with Alanna Maurin 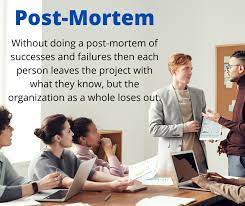 Your son has no acuity problems - right?

Let us start this with a simple exercise - just for me to see what his problem may be.

Write the letters on a book and ask him for the letter sounds from A to Z.

Record it and then send it to me and we can go on from there.

Explanation: All my former students were unable to read but had no acuity problems. I wanted to confirm that Louis had no sharpness or keenness of thought, vision, or hearing before assuring her that I could help to get her kid to read.

Alanna then sent me a recording of her son’s sounding out the sounds represented by the letters.

The sounds of the letters are his problem. He has been taught many of the sounds wrongly.

We can get him to read. You need to follow exactly what I tell you to do.

He is pronouncing many of the consonants with extraneous sounds.

I will tell you what he has learned wrongly. Start from the beginning and he will read in no time.

The consonants he is pronouncing wrongly are b,c, d, g,j,k,p,t. I did not hear the sound for 'h'.

Explanation: Alanna told me that he had no acuity problem and then having heard his sounding out of sounds of the letters I confidently said that I could get Louis to read in no time.

I then asked Alanna to listen to my video no 6 on shut down kids. LINK.

(Regret, I am unable to link the exact video)

Alanna took a break for Christmas and then wrote:

After just two lessons he is now asking me to help him read words from packages, from his games and he now sounds t p b l f d correctly every time.

Explanation: Louis could now read simply because his confusion was cleared. Earlier, he could not read because his teachers had taught him consonants with extraneous sounds. Otherwise how could he read fluently after just 2 lessons from my books? You can see how eagerly he wants to read words from packages and games after being able to read.

It is this simple to ensure ‘No Child is left behind’.

I should write to former President George Bush to get a university to give me an honorary Pd.D. but…