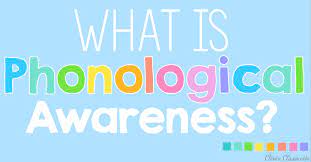 Is Phonological Awareness Deficit the cause of kids being unable to read?

Phonological awareness is the foundation for learning to read. Read more here.

It’s the ability to recognize and work with sounds in spoken language.

Here is a YouTube video on what is Phonological awareness.

I had a discussion with Dr. Michael Paff (@DrMPaff, School Psychologist. NYS Licensed Psychologist. @nyasp E-Board. #scienceofreading. Psychology professor) on Monday 13.9.21 and abruptly ended on 18.9.21 with him blocking me on Twitter.

As I have mentioned, many of the Anglo Sphere people block me as soon as they are unable to respond to direct questions.

My question to Michael was, if kids who cannot read in English have a phonological awareness deficit then how is it that they can read in Malay and Han Yu Pin Yin (Romanised Mandarin).

Well my initial thought is that yes, it absolutely can be, if the phonemes in Malay and Han Yu Pin Yin are substantially different from English. And for Han Yu Pin Yin the alphabet is different as well.

There are many sound differences between languages.

Of course, I know of sound differences between languages. I speak 4 languages.

If you have a phonological awareness deficit you will not be able to read in any language and not just in English. If my understanding here is wrong, please correct me.

My comment now: The letters in Malay have exactly the same sounds as represented by letters in the English language except for the letter C.

You are confusing auditory processing and phonological processing.

There are also different levels of PA, some more complex than others, and the development of each depends on exposure and practice and instruction....

Finally, different languages have different levels of agreement between sounds and letters/symbols. English has a moderately shallow orthography.  It is mostly regular/predictable.

So your premise is wrong.

As a neuropsychologist I can assure you that dyslexia being due to a fundamental phonological awareness deficit is a very robust and well-supported finding.  It's demonstrable on fMRI, as are intervention effects from PA interventions that generalize to reading ability.  I would refer you to the work of Jack Fletcher (fMRI studies), Sally Shaywitz, Mark Seidenberg, David Kilpatrick, Louisa Cook Moats.  What I say here is true for English, a regular, alphabetic language with a moderately shallow orthography.

Deep orthographies are writing systems that do not have a one-to-one correspondence between sounds (phonemes) and the letters (graphemes). English has a deep orthography. If we can agree on this, then we can continue with this discussion.

You listed ' I would refer you to the work of Jack Fletcher (fMRI studies), Sally Shaywitz, Mark Seidenberg, David Kilpatrick, Louisa Cook Moats.'

Jack Fletcher is the only person in that list I had not written to. I have written several articles on Sally Shaywitz - she is the one who wrote on New York Times that Duh Aah Guh is how the word dog is sounded out. This is the basic problem in kids learning to read.

My comment now: It was on the Yale website where Sally Shaywitz had said that phonological awareness deficit is the cause of dyslexia. I wrote a long comment stating why I disagreed with that statement. She did not respond and later the whole of her post was deleted.

Mike, it is orthography that is a problem and not phonological awareness deficit. I had several email exchanges with Dr. Joe Torgeson and Dr. Richard Selznick on this.

I really fail to see the problem with segmenting DOG ....    that's literally how the word is segmented.  I may be missing your point there.  Are you proposing that we shouldn't teach kids to segment and blend phonemes?

Kids should be taught to segment and blend phonemes. However, about 20 % of kids shut down when sounds represented by letters are taught with an extraneous sound. Dog is /d/o/g/ and not duh aah guh.

My comment now: This guy does not know phonics and yet argues with Londonjohn as if he is an expert on Phonics. Michael has also blocked Londonjohn as he is unable to answer a direct question on how he learned to pronounce there, here and were using phonics.

But if your contention is that, somehow, despite decades of research establishing that the fundamental deficit in dyslexia is phonological, and that it supports the development of orthographic mapping, I don't know what to say.  I am no more interested in a discussion on that as I am in a debate about whether the earth is round.

My comment now: Michael believes everything he reads. That theory that Phonological Awareness Deficit is the cause of dyslexia has been debunked many years ago.

If Sally Shaywitz’s brain imaging means anything at all, why has there been no change in the percentage of kids classified as dyslexic. Her study on fMRI was done more than 20 years ago.

Here is one of several posts on Sally Shaywitz.

Mark Seidenberg is another guru who does not understand what phonics is and writes about phonics as if he is the expert on that subject. Read a post of him by me at:

Graeme Wadlow, whom I met on social media 15 years ago, is an expert on Auditory deficit and I know a little about it but those with auditory deficit will comprise only a small percentage and furthermore I believe they should not be lumped in the dyslexia category as a majority of kids who are unable to read do not have auditory deficit.

My above discussion with Michael Paff led me to check out on Phonological and auditory deficit. The following is what I found on the net.

The results further showed a significant phonological processing deficit and speech perception deficit to be present in poor readers. Similar deficits have been reported previously by other investigators for phonological processing and speech perception in children with reading difficulties. Thus, the above results obtained in the present study is the most consistent findings reported by various investigators across the studies in children with reading difficulties.

Posted by Luqman Michel at 3:28 PM