Are there any studies on extraneous sounds of consonants? 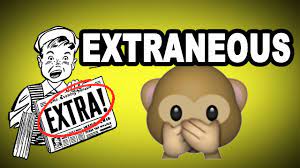 I met Alanna Maurin on 23.12.2020 on Twitter and started sharing with her what I had learned from my students who were unable to read when they came to me for tuition.

She was distraught and at her wit’s end as her son was unable to read and was willing to try anything.

Please read the previous 2 blog posts for a complete understanding of this post.

The above tweet was 5 days after I started Alanna on my lessons in my blog that are FOC.

Replying to @DoctorSam7 @DrMaryHoward and 8 others

He's attending to print and reading words that he hasn't mastered the code of yet.

This is a child who for a year has been switched off to reading and struggled to decode and blend simple cvc words and was distressed by his inability to retain 'tricky' words out of context.

I had tried discussing this with Pamela Snow in 2017 but she had ignored me. I tried again in 2020 and I was blocked by her. This appears to be the weapon of most social media members who disconnect or block anyone whom they cannot respond to.

These educators, if you can call them that, cannot think for themselves. Mark Seidenberg says that luhahmuhbuh is lamb. You don’t believe me, here is my blog post on this.

How do we expect children not to shut down? Thank Mother Nature that most kids figure out how to read via analogy. We believe they are learning using phonics but that is far from the truth. You may listen to the two university students in Australia who sounded out the letters for me.

Here is another university student from Australia reading the sounds represented by letters wrongly and yet able to read fluently.

Both the students above learned to read by analogy and not phonics per se. Most students who are able to read are reading via analogy as they are taught phonics wrongly.

Most of these so-called educators cannot accept the fact that they may not have answers to all questions. Sometimes I wonder if it is a white supremacy problem.

I believe I am the first person to say that phonological awareness deficit is not the cause of dyslexia. Even this was not acknowledged by Timothy Shanahan when I wrote to him in 2015.

I had written extensively on phonological awareness since 2010. You may read my post where I had a discussion with the giant on PAD, Dr. Joe Torgesen.

In 2015, when I wrote to Timothy I had taught about 50 so-called dyslexic kids and he said that what I am saying is anecdotal and 50 kids cannot apply to the rest of the world. He could possibly be right in that blind people here in Malaysia cannot see but perhaps they can in the US.

Posted by Luqman Michel at 5:46 PM