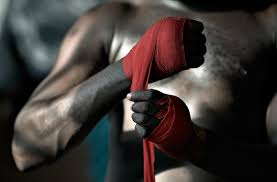 “Keep away from people who try to belittle your ideas. Small people always do that, but the really great make you feel that you, too, can become great.” – Mark Twain

One such great giant is Dr. Joe Torgesen. He took his valuable time to respond to my many emails. We did not see eye to eye and I now understand why.

(This is a mighty long email but I have decided not to break it down into 2 or 3 parts. However, there is more to write on this and I will write after my short leave I am taking from today)

I forgot the emails to and fro Dr.Joe Torgesen in 2010 where I had maintained that dyslexics are not a result of ‘Phonological awareness deficit’.

A friend of mine from US who teaches dyslexic kids wrote to me and said that she agreed with me on most of what I write on and added that we shall agree to disagree on ‘Phonological awareness deficit’ not being the cause of dyslexics not being able to read.

It was after this dialogue that my emails to Dr. Joe Torgesen came to mind.

I quote part of one of the emails I received from him in 2010:

I'm not sure why your observations are so different than others--perhaps you need to collect some objective evidence on your students, including good assessments of their phonemic awareness, grapho-phonological knowledge, phonemic decoding ability, sight word knowledge, and reading fluency before, during and after your interventions.  If you did that over a period of year, you might be able to build up a solid data base from which to make your arguments, particularly if you had parallel data for those learning to read in English and other languages.

In another email Dr. Joe Torgesen had said:

“We may be seeing different parts of the elephant, and so have different views about its basic nature.  However, I would encourage you to continue to collect data and examples if you want to convince others of your beliefs.”

Now it all seems to fall in place. Here are the ‘dots’ and I will let you connect them.

Let me again quote what Nancy Hennessy the president of the International Dyslexia Association (IDA) from 2003-2005 had said:

“……even if we settle on a middle number, let us say 10%; that still leaves a lot of children who are not dyslexic, whose brains are not wired any different way, who have reading difficulty.

We still don’t have the capacity nor the will to change what it is that we are doing with reading early on and so consequently unless we make those significant changes we are not only going to lose the dyslexics but I am also concerned about these other children; these other struggling readers.”

I believe Dr. Joe Torgesen is speaking about the 10% (I believe it is much lower than 10% and a more accurate figure would be between 2 to 3% based on researchers as we will see below) whilst I am speaking about “these other struggling readers” who I believe are a majority of kids classified as dyslexics.

Comment: “…a large group are saying there is no such thing as Dyslexia-that dream team:) What would the stats be re Dyslexia if we taught with the above day one? Do you have an opinion?”

Author’s response: “I believe that if developmentally-appropriate reading instruction was implemented explicitly and systematically that 90% of struggling readers' needs could be met in general education using an RTI model. Not only would struggling readers be well served, but traditional, emerging readers would learn to read more efficiently, and the teacher would feel empowered. It's a win-win-win for all involved.”

Of course, the response above is promoting some ‘wares’ but I have always maintained that if teachers know how to teach the sound symbol skills correctly and inform kids from the onset that letters have more than one sound then close to 98% of struggling readers needs could be met and there won’t be any disengaged students in grade one.

Dr. Joe Torgesen is probably talking about the remaining 2%.

Here is another quote from Children of the Code:

I am talking about the ‘95% of kids hitting the wall’ and I can now relate this to Dr. Joe’s “We may be seeing different parts of the elephant…”

Here are extracts from COTC of an interview with Siegfried Engelmann:

It cost, I don't know, hundreds of millions.... [the] net result was that the results of [project] "Follow Through" were suppressed.

Siegfried Engelmann: Yeah. I mean, it was the biggest part. But the suppression was intentional. It was contrived. It didn't just happen. The fact that the whole project failed, that the overall statements of the primary sponsors were true, did not necessarily mean that every one of them failed. That certainly was not the case.
Siegfried Engelmann: Well, yeah, from the beginning, that was our motto, and it offended a lot of traditional educators. But it was: If the learner hasn't learned, the teacher hasn't taught, and that it's not a question of the learner's ability, it's a question of the teacher's ability. These kids are capable of learning, certainly at different rates, but learning anything we want to teach them.

David Boulton: Yes, the way I've always looked at it is that “any child could learn anything if we could meet them on the edge of what it is they need to stay engaged in the learning”.

My comment: Who suppressed the “Follow Through” study and for what purpose? Are Siegfried and Boulton not saying the same thing I have been saying?

More importantly are the educators not suppressing my findings by saying it is not scientifically based?

What has happened to good old ‘common sense’?

What has happened to logical thinking?

David Boulton: Which, to some degree speaks to a major part of the problem with reading in general. This is what we're teaching children, or at least many parents are when they first expose their kids to letters. We act as if letters have this definitive, one-to-one kind of correspondence with sounds. Sesame Street does that and books and crib mobiles and everything else, as if letters have definitive sounds.

Siegfried Engelmann: And the mistakes that the kids made guided us to see that we had something missing. For instance, at first we had them sound out words traditionally. We never permitted "ch-aa-tah” for chat. Unvoiced sounds were unvoiced -- "ch-a-t." Well, they showed us through their responses that that stop sound beginning was really hard for them.

So now we had precise corrections that related to what they had learned earlier. We had a procedure for sounding it out that would reach virtually 100 percent of the kids. So we could teach even really low performers now to take the first step on the ladder. Then they can follow the entire sequence and they can learn at a rate far faster than would have been anticipated.

My response: That has been my Mantra since 2010. Teach kids the proper pronunciation of phonemes of the consonants.

David Boulton: Well, today, my understanding from the National Center of Learning Disabilities, and Reid Lyon et all, is that less than five to six percent of the children in this country have anything innately neurobiological that underlies their processing problems.  For the rest of the kids the problem is instructional confusion.

Siegfried Engelmann: I would say that it is closer to like maybe one-fourth or a fifth of one percent. No kidding. I mean, I've worked with a couple of kids...

David Boulton: Well, is this based on your experience or based on some research you've had access to?

David Boulton: You mean hundreds of kids that were labeled as having some learning disability or dyslexia, that once you met them the right way, given the way that they had adapted to the teaching that they had had, you were able to pull them through it?
Siegfried Engelmann: Right.

David Boulton: Oh, it's beautiful. I totally get that. I totally agree with that. So the intention is to intentionally bring about their error and help them connect the strategy that's implicit in their error making and learn through that into the mode of participation that will go past the error to the correct approach.

My comment: Prevent that error from happening. Get it right from the word ‘GO’. Why feed someone poison and then give them medication to ‘cure’ their illness?

Here is something relevant I read a few days ago from Dr.Selznick’s blog.

1.10.2017
“Identifying a label for student’s type of learning disability is not the key issue.  Use of the label dyslexia may not even be necessary.  Describing the phenomena observed in the child should be the goal of the diagnostic assessment, especially in an area as muddled as this one.”

If it is decided to use the diagnostic label dyslexia, then it is critical to identify, the particular symptoms the student exhibits”. (Regina Richards, in “Dyslexia Testing: A Process Not a Score”)

If I say “the child is dyslexic,” I’m not sure that tells me what to do next.
What’s the nature of the difficulty?  What are we targeting?  Where is the zone of competence?  How mild, moderate or severe is the problem.

There are so many more dots to connect but for now let me end with what Tim Conway Ph.D. said in a comment (see my previous post) on this:

“What was not stated in my TEDx talk is that our 5-year, and $1Million US study on early intervention of reading disabilities showed that if the “NOW! Foundations for Speech, Language, Reading and Spelling” program were implemented in classrooms across the USA, then 97.6% of students would read on grade level by grade 2.”

Most of these guys are only keen on marketing their ‘wares’ but the message is clear.

I am grateful to Dr. Joe Torgesen, Prof. James Chapman, Dr. David Kilpatrick and Dr. Richard Selznick for having indulged me when I wrote to them.
Posted by Luqman Michel at 4:39 PM