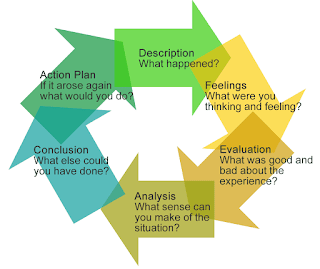 Here is a comment I received on my article on Winning and Losing and discovery in my blog. The same post can be found here: https://www.linkedin.com/pulse/winning-losing-discovery-luqman-michel/


“Firstly, I do like the pic as it certainly brings some humour to the debates that seem to detract from the main argument.

Michel has, as a result of supporting students with learning disability, uncovered a problem which he has highlighted.

He has arrived at some conclusions as a result of his personal reflections and also as a result of his adapted teaching strategies that differ from the mainstream approach. For that he has to be commended. He has had the courage to commence a blog for a particularly disadvantaged group of children to highlight the very real problems faced by his students and parents.

I am fully aware that scientific studies and empirical research carry more weight than the arts. However since the 1990's Donald Schnoz's theory on Reflective practice has gained momentum. It advocates a balance between empirical science and professional artistry, that not only does theory feed practice but that intuitive practical knowledge could be the ideas that require scientific research.

Action research would lend itself well to Michel’s practical knowledge. It is a pity that no organisation or educational institution has identified the potential for researching an identified problem. It could produce a groundswell of rich findings that could ultimately change the teaching strategies for disadvantaged children which facilitate learning styles that would empower the children and their parents, thus ultimately impacting on society positively.”

Thank you for your insightful comment. It is much appreciated.

Yes, I request all educators to ‘think’ and ‘analyse’ what I have been writing on since 2010. Unless we make the significant changes required viz. teach proper sounds of alphabets, the illiteracy level is going to be at the same level it has been for more than 30 years.
I pray that an organization or educational institution will research into the problems identified by many researchers and the solutions provided by me to those questions raised.
I have mentioned that Theory development relies on research and research relies on theory in my post at: http://www.dyslexiafriend.com/2017/09/coincidence-or-grace.html

Yes, the teaching strategy I have suggested will facilitate disengaged students. More importantly, it will prevent kids from becoming disengaged thus saving millions of dollars spent on intervention or remediation.

Posted by Luqman Michel at 8:14 AM

Thank you for your participation Susan Massey.
Wish you well.