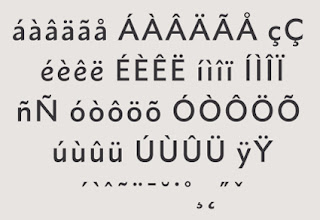 This article is a prelude to my next two upcoming posts.

In one of my blog posts in 2010 found at: http://www.dyslexiafriend.com/2010/02/accent-markssolution-for-dyslexic-child.html    I had suggested that diacritics may help kids learn to read English a little better.


This idea came about from the fact that most of my so called ‘Dyslexic’ students had shut down because they had not been informed that most symbols in English have more than one sound and therefore are confused and disengage from learning to read.

I have repeatedly said that about 20% of kids disengage from learning to read when they are confused. I have given 2 reasons as to why they get confused.

One of the reasons is that they are taught one word each from the letters ‘A‘ to ‘Z’. Usually they are ‘a’ for apple, ‘b’ for bed, ‘c’ for cat and so on until ‘z’ for zebra. All the kids learn this with ease.

The kids, predisposed to disengaging from learning to read, get confused when the teacher subsequently teaches ‘a’ for ace, ‘a’ for arm, ‘a’ for around and ‘a’ for also without having told the kids that the letter ‘a’ has more than one sound. The sounds for ‘a’ here are all different from the ‘a’ for apple.

The above applies for all the other vowels. Even consonants have more than one sound as can be seen from the words ‘g’ for giant, giraffe and great.

Having written my blog post on how I think this problem can be resolved I continued thinking about it and dropped that idea and did not mention it after that initial post on diacritics.

Almost all my students who have studied with me speak English and therefore they know many words but have not seen them in print. As such when they come to a new written word, say ‘alarm’ they know the ‘a’ here has to carry the sound of ‘a’ as in ‘about’, ‘around’ etc. They know instinctively that the sound of the letter ‘a’ here cannot be as in the word arm or apple.

These so called ‘dyslexic’ kids begin to ‘re-engage’ in learning to read because they have been told on the onset by me that most of the symbols in English have more than one sound.

I have given the various sounds of all the vowels in my blog posts at www.dyslexiafriend.com from April 12, 2010 to April 24, 2010. There may be other sounds that I may not have thought of.

Another point to note is the fact that in my blog I had said that anyone may use any of the information in my blog provided they attribute it to me. However, soon after that I realized that none of these ideas are my own. As Nikola Tesla had once said; the ideas have always been there in space for anyone to tap into; it so happens that I am the first one or one of the first ones to tap into it.

Anyone may copy or make use of any of the material in my blog.

My original blog name under http://www.parentingdyslexia.com was taken over by someone when I did not pay my yearly subscription. I see one of my articles being claimed as the current blog owner’s - Usman. As of 7.10.2017 I see there are 1151 hits on this article. I am happy that an additional 1151 people have read that article.

Note: My posts here in LinkedIn and elsewhere is for the sole purpose of sharing what I have learned from my students and is not for getting attention as insinuated by an educator here.

A few other accusations have been hurled against me but….

The important thing is that Mother Nature who provided me with all the questions to ask and subsequently provided me the answers knows my intention.
Posted by Luqman Michel at 4:52 AM