Do you have an opinion? 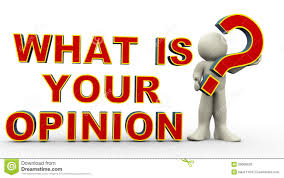 I shall post some positive comments I have received from my readers of my blog and Face Book in the days to come but for now….

A teacher friend from Australia wrote the following, in an email to me, backing up Annaleese McNamara on her comment in LinkedIn.


“Michel, if this is your style of writing you won’t get far at all and it will frustrate you only further.

It is not an appropriate tone. It will only annoy the readers and dismiss your input.

Your tone in the paragraph below sucks. It is too “in the face” almost telling others they are fools.

‘Don’t forget “scads” (numerous) of studies revealing that dyslexia is phonological in nature”. Also, please remember this was written in 2015 when what I wrote was in 2010.’

Michel, your tone – finger pointing- accusing won’t help. You need to use a less confrontational, more accommodating language. Nobody likes to read this kind of stuff.

You have an “attack attitude”. Everybody is utterly stupid. What you need is humility and an engaging tone to enroll people to your point of view. White people are equally arrogant. They may know the truth but will not give you the credit simply to save face.

My comment: I guess I have planted the seeds and someone from some educational institution will water the seeds and ensure the trees grow.

I suppose that if back in 2010 I had written the way I have written now then it may be faulted. I had been courteous in my emails to Dr. David Boulton and Dr. Reid Lyon even in 2015 which were written 5 years after my first emails in 2010.

Even my comments in 3 of Timothy Shanahan’s blog posts recently have been polite but they have been completely ignored. He has the audacity to say that he does not have to respond to all comments. I believe that any relevant comment in blogs should be responded to regardless of whether they are positive or negative.

Both my teacher friend from Australia and Annaleese may not have written what they had written if they had followed all my posts.

I guess they are not aware that these are the guys whom the educators of US look up to and follow blindly on whatever they say. They don’t realize that all it would have taken for these guys to say is something similar to ‘Luqman, thank you we will study this matter further’. It is their ego that has prevented them from admitting that there may be something they had not figured out.

We will discuss this further but for now let me ask as to how I am to respond without pointing my finger when educators of teachers ignore my findings that kids disengage from learning to read because they are confused.

How do I respond to?

1.      “I have been bombarded over the years with people 'certain' that if only their way was adopted (spelling reform to instructional method) everyone would be great readers. I don't have the time or interest in being the object such people want to stroke themselves with. I am clear and on the record for decades re what is the reason children struggle to read English. If as you say you have been through my work you'd know that I appreciate that you help people. I don't want to engage further with you. I am not interested in being a platform for self aggrandizing. I wish you all the best.” (Dr. David Boulton)

2.      “I concern myself with all children (2/3 of U.S. kids) who do not reach grade level proficiency (reading transparent to learning at their grade level). https://youtu.be/yjjtHytskqs.

At the core are three issues (which are described in detail on the COTC site): 1) insufficient readiness for the challenge of learning (auditory/linguistic/cognitive/speed) 2) unnatural confusion 3) self-blame>shame (distraction/avoidance) https://youtu.be/h0XQyKbqSjI

Children of the Code avoided advocating solutions so as not to be dismissed as having an agenda other than learning deeper into the challenge. 3 decades of work have culminated in a solution, an entirely different approach to supporting learning to read: https://youtu.be/lDVNUvocVz4

You may read the article I posted and the comments by David Boulton above at:
https://www.linkedin.com/pulse/drboulton-drlyon-drengelmann-disengaged-kids-luqman-michel

My response to 1 above (finger pointing or otherwise):

i.                  I did not recommend my way of teaching my students. There are many methods used by teachers all over the world to bring disengaged kids to grade level. Any method that can get a kid to grade level is a good method.

ii.                I had said that letter sounds should not be taught wrongly. I had shown how it is taught wrongly and have explained why kids, predisposed to shutting down, disengage because of it.

iii.              I had also said that teachers should, from the onset, inform kids that most alphabets have more than one sound. This will prevent kids from disengaging from learning to read when new sounds of alphabets are introduced.

Points i and ii above will definitely eradicate the ambiguity spoken about by David Boulton and his team in COTC.

More importantly did he or anyone else ever say that kids disengage from learning to read because they are taught alphabet sounds wrongly?

v.                What do I do when educators shut me off by saying they do not want to engage further with me because I am self aggrandizing? Please bear in mind that this post was long after my emails to David Boulton in 2010 and again in 2015.

My response to no.2 above:

Ponder over the above questions and give me your views.
To be continued….
Posted by Luqman Michel at 4:21 AM

I just received a comment in a LinkedIn post by Michael Maloney.
He reckons I should be more diplomatic and not piss people off.

I have tried to be diplomatic for far too long.

David Boulton disconnected me as a link in LinkedIn just for writing something he disagrees.

His gang including Timothy Shanahan has done the same thing.

All I want is to eradicate or at least reduce illiteracy in the world. I have given the way to do this with ample supporting material in addition to my personal experience.

And now this guy tells me to be diplomatic!