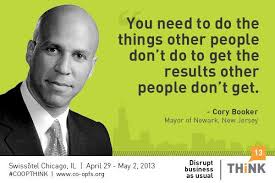 “…However, I do not think there are many students who could succeed with non-phonetic approaches…”

Imagine, not one of the readers of his blog post thought that the above statement is idiotic.

This is something that researchers should do research on but for now, my guess is that most kids, who are taught the pronunciation of phonemes wrongly, figure out how to read by analysis.

Having learned buh ah tuh is bat and cuh ah tuh is cat (incidentally this is how phonics is taught in most schools around the world) they figure out new words that include the family words ‘at’.

Say they are taught the word ‘batch’ and learn how to pronounce it. They then figure out words such as catch, hatch, match and patch even though they have not been taught these words.

Attached below is a recent video of a current university student in Australia who studied the pronunciation of phonemes wrongly in India from kindergarten and yet could easily read the following nonsense words taken from Dr.David Kilpatrick’s book .

The above list was given and the student was asked to read spontaneously. The student was not given a chance to look at the words and figure them out.

I have many more such videos of students who can read fluently but have been taught phonics wrongly.

Could this very well be the reason why kids are unable to read as well as their Chinese counterparts from China in the last PISA test?

What if we teach phonemes of letters correctly right from the onset? I believe no child will be left behind if the pronunciation of phonemes is taught correctly. All children will be able to read fluently by the end of grade one. READING WARS will end.

The question to ask will be how are these people who were not taught phonics able to read nonsense words.

Educators should evolve and get comfortable with questions and accept the answers that emerge.

Closing your eyes and saying it is dark just because you don't want to face light is fooling yourself.

I challenge all educators who have read my posts to grill me on what I have written.

In 2010 I challenged the 35-year-old- theory that phonological awareness deficit is the cause of dyslexia, and that theory was debunked in 2015.

Click here to a Google link to my articles and comments I wrote in 2010.

Since 2010 I have also said that it is the teaching of wrong pronunciation of phonemes that is the cause of kids shutting down from learning to read.

I pray that some research students will do research on my findings and come up with research reports to confirm my findings. Let us end the reading wars!

Note: The university student in the video above is doing a double degree in law and commerce in Australia. She started learning English when she was 9 years old. She was born in India and studied there until her 5th grade. She speaks Punjabi at home.
Posted by Luqman Michel at 3:54 AM

I have today asked Prof. Paul Thomas of Furman University on Twitter to give his comments on the post above.
I am looking forward to his comments.
I have also asked Robert Slavin for his comments. He has not responded to my comment on his blog post nor to my email.
Let us see his response.
There can't be any excuse for not having time.

Michel a really interesting observation. Thankyou for your work.