'Why people prefer to believe myth instead of facts (Vicki Cobb) 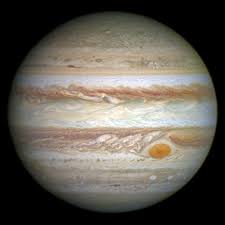 Here is a post extracted from Diane Ravitch's blog.

Vicki Cobb, a writer of science books for children, ponders the question that puzzles so many of us at this time:

Why do so many people refuse to believe proven facts?

Why do so many prefer to believe myths instead of facts?

When Galileo discovered the moons of Jupiter in his telescope, he couldn’t wait to share it with the world. So, in 1610 he hurriedly rushed The Starry Messenger, the story of his discovery, into print. Now in those days they didn’t have talk shows. So, to promote his book, Galileo took his telescope to dinner parties and invited the guests to see Jupiter’s moons for themselves. Many refused to look claiming that the telescope was an instrument of the devil. They accused Galileo of trying to trick them, painting the moons of Jupiter on the end of the telescope. Galileo’s response was that if that were the case they would see the moons no matter where they looked when actually they could see them only if they looked where he told them to look. But the main objection was that there was nothing in the Bible about this phenomenon. Galileo’s famous response: “The Bible shows the way to go to heaven, not the way the heavens go.”

People generally are quite skeptical about something they have no knowledge about. And they will only listen to someone they have respect for. If they do not have respect for someone, the latter could be saying the truth, they just will not listen. That is about people, generally. So, in the abovementioned case about Galileo and his discovery of the moons of Jupiter, it did seem that he didn’t command the respect of the people.

So their minds were already made up. Nothing would make them change their minds. Not even the truth. They even refused to have anything to do with the evidence i.e. the telescope with which they could sight the moons of Jupiter if they followed Galileo’s instruction as to where to look.

For decades the western world has been saying that they have no idea why about 20 % of kids are unable to read despite having the same teachers. Yet, when I tell them, Diane Ravitch for one, that it is because there are kids who are predisposed to shutting down when confused they just brush it aside.

I have given concrete evidence of phonemes taught wrongly and even after seeing the evidence, these people are unwilling to consider.

As said by Galileo; “This is what I did. If you do what I did, then you’ll know what I know.”

The main objection in the case of Galileo was that there was nothing in the Bible about this phenomenon – Jupiter.

Similarly, as I have been saying as far as the educators are concerned what they can’t comprehend does not exist.
Posted by Luqman Michel at 4:58 AM