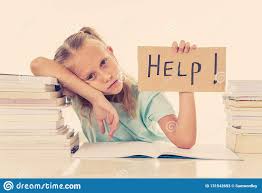 Here is a continuation of the article in my post yesterday.


Hempenstall explains just why it is crucial to spot problems with phonics in year 1:

If children have not grasped the basics of reading and writing, listening and speaking by Year Three, they will probably be disadvantaged for the rest of their lives. Australian Government House of Representatives Enquiry. (1993). The Literacy Challenge. Canberra: Australian Printing Office.

“Unless these children receive the appropriate instruction, over 70 percent of the children entering first grade who are at risk for reading failure will continue to have reading problems into adulthood”. Lyon, G.R. (2001).

My comment: I have read many similar articles in the last 15 years. There is nothing new here. The question to ask is why some kids are at risk for reading failure?

Hempenstall lists research on what it is that causes such problems for struggling readers:

“The vast majority of school-age struggling readers experience word-level reading difficulties (Fletcher et al., 2002; Torgesen, 2002). This “bottleneck” at the word level is thought to be particularly disruptive because it not only impacts word identification but also other aspects of reading, including fluency and comprehension (LaBerge & Samuels, 1974). According to Torgesen (2002), one of the most important discoveries about reading difficulties over the past 20 years is the relationship found between phonological processing and word-level reading. Most students with reading problems, both those who are diagnosed with dyslexia and those who are characterized as “garden variety” poor readers, have phonological processing difficulties that underlie their word reading problems (Stanovich, 1988)” (p.179). [Do follow link for more]

My comment: This theory on phonological awareness deficit as the cause of dyslexia or children being unable to read was first started more than 45 years ago. This was then repeated by more than 100 educators, including Stanovich above, over the next 35 years without thinking.

I believe the theory that phonological awareness deficit is the cause of kids unable to read was debunked in 2015 by new research reports that surfaced. I have not been able to lay my hands on the research reports but here is something disputed by Timothy Shanahan in 2015 and subsequently corrected by him in 2017.

Here is the gist of what Timothy Shanahan wrote in 2017 which is a correction of what he said in 2015.
You may read more in my blog post here.

What does Timothy Shanahan say in September 2017 in his blog above? (Revision of his 2015 blog post)

As such it is not a phonological awareness deficit that is the cause of kids being unable to read. You may read a part of my email to Dr.JoeTorgesen here.

Posted by Luqman Michel at 4:57 AM

Here is a Google link to all my articles and comments on phonological awareness deficit not being the cause of dyslexia.
Look for the posts in 2010.
https://www.google.com/search?client=firefox-b-d&q=phonological+awareness+luqman+michel

I wrote to many professors who wrote on Phonological awareness deficit. Only 3 responded and we discussed. Most of the others including Sharon Vaugn did not respond.
One writer who had no choice but to respond because she had written a guest post wrote the following. Do read my comment and her response. This was in 2010.
https://www.ldexperience.ca/myth-busters-blasting-apart-the-dyslexia-myth-by-michele-pentyliuk/