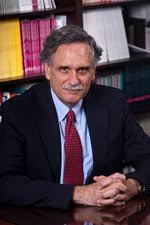 Here is an email I wrote to Dr. Robert Slavin on 28.3.2020 when there was no response to my comment on his blog post - ‘Science of Reading: Can We Get Beyond Our 30-Year Pillar Fight?’


I accept and agree with that statement.

Dr. I would like to discuss this, please. I have taught more than 70 so-called dyslexic kids who had come to me from grade 2 to grade 4 who could hardly read a sentence in English but were able to read in Malay. Those who went to Chinese schools could read in Romanised Mandarin as well.
They had all been taught phonics just like in the US and the UK. They had all been taught the pronunciation of phonemes wrongly. Not being able to match the pronunciation of phonemes taught to the words they represented, these kids had shut down from learning to read and were wrongly classified as dyslexic.

I believe, about 20% of kids are predisposed to shutting down and disengage from learning to read when they are confused.

My additional comment now (Not mentioned in my email)

Robert Slavin said, “I do not think there are many students who could succeed with non-phonetic approaches”

Does he know what he is talking about? If he can think logically, he will not make such a silly remark. How did kids who learned to read during the whole word period learn to read? I have read many comments from those who had studied without having learned Phonics.

Find out from Diane Ravitch and Sally Shaywitz how they are able to read without having learned phonics.

Checking with friends from other parts of the world I know for a fact that many learned without phonics. As such, on what basis did Robert Slavin come up with such a silly notion?

He also said, “I don’t think there are many students who…. cannot learn to read with phonics-emphasis method”.

Now, where did he come up with such a preposterous idea?

He ought to know that teachers and parents around the world will swallow what guys like him say as the gospel truth.

All these Ph.D.’s should be a little more responsible and not write whatever that comes to their minds.

Now, back to my email.

Many of them, as a result of wasting time on figuring out how to read, lose valuable time in gaining vocabulary, comprehension and fluency.

Instead of rehashing the same thing repeatedly over the last few decades expecting different results, ask yourself how the Chinese in China, Macau and Hong Kong are in the top places in the last PISA test.
………… To be continued
Posted by Luqman Michel at 4:52 AM

Regarding the critic of Dr. Slavin
Whoever wrote this must learn that good writing is rewriting. I have not yet read Dr. Slavin's blog post, but clearly the unsigned writer of this emotionally harsh criticism makes no points, other than emotive put-downs: “Does he know what he is talking about? If he can think logically, he will not make such silly remarks… Or again: "Now, where does he come up with such preposterous ideas? He ought to know that teachers and parents around the world will swallow what guys like him say as the gospel truth."
Personally, as a remediated dyslexic, who could not so much as decode a “No Parking” sign at the age of 10, but who did spectacularly in high school and had no problems in completing an Ivy League education in four years, I can attest to the extreme harm done by teachers who purport to know something about dyslexia, when what they know just ain't so. They make completely unfounded statements, such as:" They had all been taught phonics just like in the US and the UK." I assume that in this incomprehensible babble the writer is asserting that phonics is and has traditionally been taught in both the US and the UK. Having lived in both countries, with familiarity with dyslexic remediation, I can certainly state that this notion is completely unfounded.
To indulge in the speculation practiced by this writer, I'm quite confident that this “teacher" is substantially misinformed about my minority group and have no problem in characterizing their writing is that the vapid mutterings of a disordered mind.
Sincerely yours,
Jack Reilly
"The Ancient Dyslexic"

Hello Jack.
Before writing such a comment it would be wise to read what Robert Slavin had written.
Yes, phonics is being taught in most countries and is being taught wrong which then creates so-called dyslexic kids.
Do read some posts on this that I have written and then let us discuss.
Ask yourself how at the age of 10 you were unable to read 'No parking' but suddenly you then learned to read.