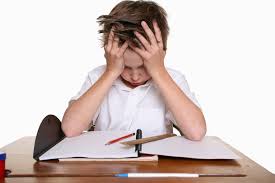 Here are some extract and my comments.

For a significant minority in EVERY class the challenge is greater. They don’t read well. Unfamiliar words can’t be guessed and their ability to decode is weak. To read even one of my short texts will take an inordinate time. Not one of them would have been counted in government measures for weak literacy. According to the statistics, the biggest problem I face day in, day out as I teach A level history simply doesn’t exist. Believe me, it exists and there is a real human cost to this hidden reading failure.

My comment: The researchers of this article have stated the obvious but did they find out the cause of the weak inability to decode? My post on Sue Lloyd's blog post also stated that 25% of kids are unable to read. But, what has anyone done about it? Nothing!

The human cost to the hidden reading failure is that many smart kids leave school as illiterate.

Take Hannah. She loves history, watches documentaries and beams with pleasure as we discuss Elizabeth I. She even reads historical novels. However, she really struggles to read at any pace and unfamiliar words are a brick wall. She briefly considered studying history at university but the reading demands make it impracticable. Her favourite subject can never be her degree choice because her reading is just not good enough. She is not unusual, her story is everywhere.


My comment: Yes, this story of Hannah is not unusual and is common. What are we doing about this?

My comment: The western world keep saying; ‘for unknown reasons’ and yet when I have presented them with the answer they brush it aside.

There comes a time where we need to stop pulling people out of the river. We need to go upstream and find out why they’re falling in. – Archbishop Desmond Tutu.

I have gone upstream and found out the cause. Is there anyone who wants to go upstream and find out why people fall in the river?

Hempenstall outlines the problems with the ways reading is currently taught:
…Under the meaning centred approach to reading development, there is no systematic attention to ensuring children develop the alphabetic principle. Decoding is viewed as only one of several means of ascertaining the identity of a word – and it is denigrated as being the least effective identification method (behind contextual cues). In the early school years, books usually employ highly predictable language and usually offer pictures to aid word identification. This combination can provide an appearance of early literacy progress. The hope in this approach is that this form of multi-cue reading will beget skilled reading.

However, the problem of decoding unfamiliar words is merely postponed by such attractive crutches. It is anticipated in the meaning centred approach that a self-directed attention to word similarities will provide a generative strategy for these students. However, such expectations are all too frequently dashed – for many at-risk children progress comes to an abrupt halt around Year 3 or 4 when an overwhelming number of unfamiliar (in written form) words are rapidly introduced…

My comment: The question to ask is if this was only a problem during the ‘multi-cue reading ‘approach and meaning centred approach or also during the phonics approach. If you do research on this question you will find that the children who are unable to read exist during all approaches. The answer as to why kids are unable to read in all periods is that during all periods the common mistake is the teaching of pronunciation of phonemes wrongly.

…In a study of 3000 Australian students, 30% of 9 year olds still hadn’t mastered letter sounds, arguably the most basic phonic skill. A similar proportion of children entering high school continue to display confusion between names and sounds. Over 72% of children entering high school were unable to read phonetically regular 3 and 4 syllabic words. Contrast with official figures: In 2001 the Australian public was assured that ‘only’ about 19% of grade 3 (age 9) children failed to meet the national standards. (Harrison, B. 2002) [Follow the link if you want to read all the research listed.]

“Over 72% of children entering high school were unable to read phonetically regular 3 and 4 syllabic words.” Shouldn’t the researchers/ scientists ask why? I have repeatedly given the reason why since 2010 and yet the stubborn educators, including those from Australia, simply refuse to understand or accept the reason.
Posted by Luqman Michel at 4:59 AM

Hi I am a NZ trained teacher and also am a Reading Recovery trained teacher. I did 2 years in service training and it is an intervention program that itervenes all children reach the age of six . It is called a six year net.If the chronological age does not match with their reading age, they are given this intervention from 10 to 20 weeks. Reading has to be taught and all thos strategies hat you have mentioned in your article are taught.it is a one to one 1/2 to 1 hour programme and reading writing is done together. If you are Reading Recovrry trained teacher then you can apply this knowledge and skills within the classroom reading progragram.

In future comments please use a pseudonym so that I may be able to address you. Thank you for your comment.
I am trained in the audit field and started teaching my first student in 2004 on the insistence of his father.
I was curious to find out why smart kids like my first student were able to read in Malay but not in English.
I then took on more students and prepared my own lessons and taught all my students to read using my 30 lessons.

Thank you, but I stopped teaching kids last year and started giving talks to schools and clubs.