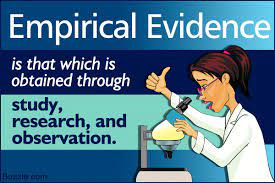 Here is a tweet by Jeffrey Bowers and my response.

I have responded a number of times, and would be interested in any empirical evidence for your claims. (Jeffrey Bowers). 9.10.2021.

Do you want empirical evidence to support that consonants should not be taught with extraneous sounds?

You responded once and when I retorted you did not answer.

I suggest you hold a Zoom meeting so that I may educate you on why phonics is not working as it should.

Let us put to rest once and for all this debate between you and Jennifer/Kevin.

As mentioned by me hundreds of times, the reason phonics does not work is because the pronunciation of phonemes is taught with extraneous sounds.

When educators are stuck and have nowhere to run they turn around and ask for empirical evidence. It is shocking that anyone, let alone Ph.D.’s like Timothy Shanahan and Jeffrey Bowers will ask for prove that consonants should not be taught with extraneous sounds.

Jeffrey Bowers, is a whole chapter on ‘How to teach the letter sounds’ on page 107 of ‘Equipped for Reading Success’ by Dr. David Kilpatrick, good enough as empirical evidence?

Would my confidence in telling a mother/ teacher that I can teach her son to read within a few weeks be acceptable as evidence?

Jeffrey, this mother had had structured synthetic phonics taught to her son for a year and was at wits end as to why he could not read. I asked her for a recording of her son reading the sounds of the letters. Upon listening to that one recording, I told her that I could get her son to read before he went to school in less than 5 weeks. The mother was overjoyed that her son could read after 2 lessons. Read more at

Here is her Tweet just after a few days of following my instructions.

Note: I met Alanna on Twitter for the first time on the 23.12.2020. This is not an isolated case as I have successfully guided mothers from many parts of the world to get their kids who had been unable to read to be able to read within a short period. The researchers will consider this anecdotal and refuse to accept this as evidence.

Teach the correct pronunciation of phonemes of consonants and let us end the reading wars.

Posted by Luqman Michel at 6:43 PM