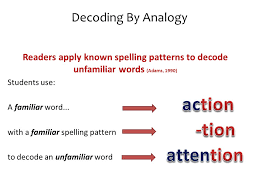 This is a continuation of my zoom meeting with my learned friend from the US. You may read the first part here.

He said that if we teach whole words (referring to me teaching my students the Dolch words) by rote memory then the kids will have to memorise thousands of words. I was shocked that this learned man would say such an idiotic thing. I am beginning to wonder if he too is paid by the people with a vested interest to say such a stupid thing.

Those following my lessons on my blog and YouTube know that I use all the tools available to teach kids to read. I teach phonics for decoding as well as rote memorising Dolch words and meaning cue oriented lessons so that my students use all the word identification cues fluent readers use. I also teach them to use patterns they have learned.

Kids decode many words by using patterns learned from other words. As such, they do not need to memorise thousands of words. Those who say such things are underestimating the brain’s capabilities.

Having learned the word family ‘at’ they easily learn the three letter words in my first lesson such as bat, cat, fat, hat, mat, pat, rat, and sat.

If the teacher then teaches them the word batch, the mind uses this pattern to read words such as catch, hatch, match, and patch.

We use patterns learned from words to read unfamiliar words.

Spit has 2 patterns – sp and it. When a kid encounters a new word say, spoon he knows the sp sound he has in his mind and will use his word family knowledge of oo and the sound represented by the letter n and will be able to sound out the word spoon.

When a child encounters new words he will automatically decode the new words using patterns he has already learned.

If he has not encountered the consonant blend sp then he can still decode the word spot as explained in my lessons by remembering the word family ot -> pot-> spot.

Having learned the correct pronunciation of the sounds of the consonants and having learned the word family ate the child will easily make out words such as date, fate, gate, hate, mate, rate.

So to say that one has to learn thousands of sight words is just an excuse by ill-informed teachers.

A kid uses analogy to decode when his brain accesses words he knows and combines these patterns to decode new words.

If not for patterns and analogy there will be hardly any kid able to read as most teachers around the world teach the pronunciation of consonants with an extraneous sound that confuse them.

Once a child has learned to decode he should be encouraged to read as much as possible so as to increase his vocabulary size.

Posted by Luqman Michel at 3:38 AM