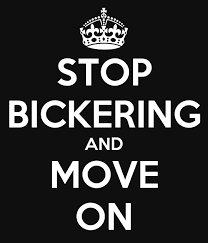 What do you make if the fact that reading outcomes in England have not improved in over a decade of legally mandated phonics?  No one seems to address the Elephant in the room.

Yes this! By the way if England 10+ years of mandated phonics it hasn’t had an impact why on earth are we in the process of trying to mandate it United States. Time to look at all the data before making decisions.

Who is Jeffrey trying to kid? I have addressed this question since 2010. AND with Jeffrey, I had tagged him on Twitter several times including in my blog posts as follows:

The consistent misrepresentation of science in support of phonics is really quite extraordinary.  And when challenged (see: https://link.springer.com/article/10.1007/s10648-019-09515-y), almost complete silence.  Researchers just keep saying the same thing and ignore serious questions and challenges.

Do any of the educators understand exactly what that means? It means that sounds represented by letters should be taught correctly.

When the phonemes are taught wrongly most children learn to read after wasting a lot of time figuring out the connections.

Jeffrey does not understand that for phonics to work as it ought to we need to teach the pronunciation of phonemes correctly.

I repeat that neither Jennifer Buckingham not Jeffrey Bowers know what they are debating on.

Jennifer Buckingham states that phonics should be taught but is unable to explain why phonics is not working the way the phonics proponents claim it should.

Jeffrey Bowers did not understand that the problem is not phonics but the way the pronunciation of phonemes is being taught in countries around the world.

For phonics to work properly and the Reading Wars to end we need to teach the correct sounds of symbols and to teach children the blending of the phonemes.

I believe it is the ego of Jennifer and Jeffrey which is preventing them from accepting my findings and ending the reading wars or...

This debate between the two and the Reading War can be ended if the pronunciation of phonemes of consonants is taught correctly.

Educators talk about phonics without understanding that sound symbol skills are paramount for phonics to work effectively.

Stop teaching kuh-ah-tuh for cat and instead teach it correctly as /c/ /a/ /t/ and there will be no kids left behind.

AND Jeffrey has the audacity to claim that no one had addressed the elephant in the room. What a blatant misrepresentation.

As for Dr. Sam Bommarito, I am rather disappointed that he would agree with Jeffrey. I understand that Dr. Sam has been teaching for more than 50 years but it would appear that he had taught the first year and repeated it for the next 50 years without understanding why kids fail to read. He has no idea as to what is required for phonics to work effectively. This reminds me of a saying about the bad workman who blames his tools. A similar Malay proverb is a guy with two left foot blaming that the floor is uneven when he could not dance.

Posted by Luqman Michel at 6:49 PM

Here are two comments posted on LinkedIn by an expert of APD. Graeme Wadlow..

Graeme Wadlow 1st degree connection 1st Volunteer
1d
Due to pure ignorance of how to learn to read, and making money marketing phonics. All about making money and ignoring the real issues. My PubMed "Reading: Acquiring and Developing the Skills and Abilities" research paper collection
https://www.ncbi.nlm.nih.gov/sites/myncbi/1v9jzpUc5t6/collections/10039987/public/


And pure incompetence regarding the underlying cognitive subtypes of the dyslexia symptom. More professional negligence from both the education system and health services.
Some PubMed Dyslexia Research Paper Collections
https://www.evernote.com/shard/s329/sh/b7ee9497-d963-4b30-a328-0d7b087e0d09/2f19fea1f77027b91566b316fb1989f0