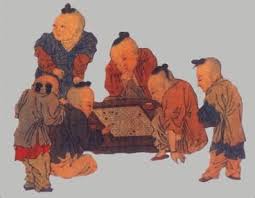 The following is extracted from Dr. Jennifer Buckingham’s Blog post. There has been a debate going on between Jennifer and Jeffrey.

The notion of an ‘ideal’ method of instruction is probably the key concept that needs to be addressed in Bowers’ paper. He sets out to make the case that the evidence base for the effectiveness of systematic phonics instruction is weaker than is often portrayed and uses this to support his argument for the use of “alternative methods”.

The main alternative methods to systematic phonics used in schools are whole language and balanced literacy approaches. As can be seen in the above quote, Bowers writes that he does not support these methods either, presumably because they also do not have strong evidence in their favour.

I agree with Bowers that researchers should never consider that they have found the ultimate solution and stop looking for better ones. Researchers should be open to the possibility that there is more to know and continue to investigate new hypotheses and develop new theories, using rigorous scientific research principles. However, it is altogether different to propose that teachers and politicians should consider using unproven ‘alternative’ methods. Teaching practice and education policy should be based on the best available evidence unless and until it is superseded by new information and new evidence.

My comment: Jennifer is promoting a product instead of an idea. Phonics is a proven method.

Jeffrey is in a sense ‘correct’ in stating that phonics is weaker than is often portrayed. Phonics is not what it is portrayed to be because the main 'ingredient', 'sound symbol skills' is taught wrongly in most schools, especially in Australia.

Both agree that researchers should never consider that they have found the ultimate solution and stop looking for better ones.

As far as I am concerned I do not want to nit-pick on the different types of phonics. Having taught more than 70 so-called dyslexic kids over 15 years I have found that the kids I have taught on a one on one basis had all shut down or disengaged from learning to read because of confusion. The confusion is caused by the wrong teaching of the pronunciation of the phonemes of consonants.

20 years ago, the kids interviewed by Dr. David Boulton on the Children of the Code have also confirmed that they were confused by sounds represented by the letters and the words they were taught to read.

Fortunately, a majority of kids somehow learn to read via analyses. Unfortunately, an inordinate amount of time is wasted by the students in figuring out the connection between the sound symbols and the words taught. I have given several examples of this in my blog.

This debate between the two and the Reading War can be ended if the pronunciation of phonemes of consonants is taught correctly.

Educators talk about phonics without understanding that sound symbol skills are paramount for phonics to work effectively.

Stop teaching kuh-ah-tuh for cat and instead teach it correctly as /c/ /a/ /t/ and there will be no kids left behind.

This reminds me of a Chinese proverb. Jennifer and Jeffrey may not be able to see the issues involved and I hope that you as ‘spectators’ can appreciate what I am saying and do what is required so that we may together reduce illiteracy.

Posted by Luqman Michel at 4:29 AM

" Researchers should be open to the possibility that there is more to know and continue to investigate new hypotheses and develop new theories,"

Both Jennifer and Jeffrey believe that they should have an open mind but neither one of them is prepared to have an open debate on this matter either on my blog or on Twitter.

It is their ego that is preventing them from accepting the truth. They have both been barking up the wrong tree.

AND the Reading Wars will be waged for a few more decades.

In 'My' humble observation, if there's a debate between two individuals, there's a 3rd one that's meddling in such and interjecting unsolicited arguments, advise and conclusions... Go Figure!!!