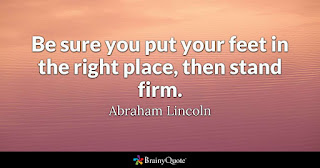 This is a continuation of the report on Ending the Reading Wars by Anne Castles, Kathleen Rastle and Kate Nation.


Our article is structured in three major parts, spanning from children’s early experiences of mapping letters to sounds to the fluent text processing characteristic of expert readers. In the first part, we explain why cracking the alphabetic code is so central to learning to read in alphabetic writing systems such as English and why it forms the foundation for all that comes later. Our central message here is that that the writing system matters. Although our review focuses primarily on reading in alphabetic systems, by providing a detailed account of the structure of different writing systems and the way in which they systematically map onto oral language, we aim to demystify the evidence about learning to read. In doing so, we hope to provide our readers with deep insight as to why particular teaching methods support initial reading acquisition.

My comment: I have been writing about children’s early experiences of mapping letters to sounds. I started writing about this back in 2010. One of my first posts was on a kid who refused to say the word fox despite asking her several times to say it after me. This is an eye-opener and I urge you to read this post by clicking here.

Do read the insightful comments on the post above.

There are many children who are able to read using analytical phonics. However, too much time is wasted in figuring out the mapping of letters to sounds. Below is a recent video of such a student in Australia who has somehow managed to map letters to sounds despite being taught the pronunciation of phonemes wrongly.

There are children, who are predisposed to disengaging from learning to read when they are confused. A majority of these kids are then wrongly classified as dyslexic and leave school as illiterate.

These are the smart children who if taught correctly from the beginning will not shut down from learning to read and will excel in school. This will then end the reading wars.

Listen to a Year 12 student in Australia who is able to read a list of nonsense words despite having learned the pronunciation of phonemes wrongly.

The student who read the letter sounds above read the following nonsense words with ease. The question we need to ask is as to how he read these words when his pronunciation of phonemes was mostly wrong.

Posted by Luqman Michel at 4:28 AM