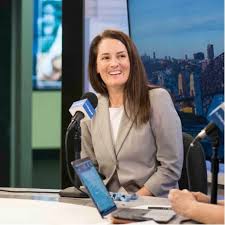 Anyone wondering why the 'reading wars' have gone on so long, look no further. Academics involved in teacher education publish an article arguing that wanting all children to be able to read is about creating "normative citizens".

I tweeted as follows:

I have told you that it is not phonics that is the problem but you won't come down your ivory tower to listen to people with experience.
Read my post on the debate between you and @jeffrey_bowers
at https://dyslexiafriend.com/2020/05/the-en

Phew! Finally, a response after many tagging and tweets by me.

Luqman, we had a dialogue via email some time ago. I have listened to your point of view and responded. I don’t see any benefit in going over it again.

(Note: Did she read my post above about the debate between her and Jeffrey? Did she actually read my emails to her and her reply in 2018 before tweeting the above? How do we end the reading wars if we do not seriously discuss matters raised?)

Thank you very much for your response. Yes, we did email each other in July 2018 with regard to phonological awareness deficit.
This is about the recent debate between you and Jeffrey.
I am all for phonics but I believe that many like Jeffrey 1/x

continue to say "The consistent misrepresentation of science in support of phonics is really quite extraordinary"
when in fact it is not phonics that is the problem but the way that pronunciation of phonemes is taught. 2/x

What are you as a researcher doing about this problem?
Are you going to see to it that you can reduce the number of schools teaching the pronunciation of phonemes wrongly as being done by RRF in the UK 3/x

Tomorrow I shall post the email discussions that Jennifer Buckingham mentioned above and you can see for yourselves if there is any connection to my recent tweets.

Note: I understand from a LinkedIn connection, ElizabethNonweiler, that the RRF is making some progress in getting schools to teach phonics correctly. Here is part of a message from her to me received this April.
‘Now I am on the Council for English Hubs. The English Hubs are based in 34 high-performing schools around England and are responsible for improving the early teaching of reading in poor-performing schools. The government in England is on the right track, but there are still many schools that teach early reading badly.  My job on the Council is to advise the government about the running of the hubs, as one of two "reading experts". It constantly amazes me to know that I have gone from teaching little children in the classroom to advising the government in England.’

Posted by Luqman Michel at 4:22 AM