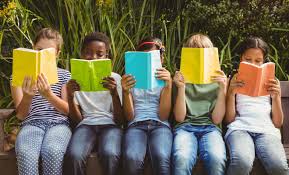 This is a continuation of the interview of Louisa Moats by David Boulton.


Dr. Louisa Moats:  Yes, but I think there are some very systematic, methodical, and successful approaches to teaching the code to children. They don’t resolve all of the problems and issues but as far as phoneme-grapheme mapping goes – that is just the first step in the process.

My comment: I have separated this part from the rest of the interview as I feel this is the foundation of teaching to read.  Yes, phoneme-grapheme is the first step in the process and I believe this is deliberately being taught wrongly so that the big boys could milk the general public of their hard-earned money.

My comment: Why does David Boulton have to ‘peer into the child’s confusion’ when the children had clearly said on the videos on Children of the Code that they were confused because they could not connect the letter sounds to the words.

If that is not enough I had also said the same thing to David via my emails to him in 2015 and again in 2017 as well as on LinkedIn in 2017 where he arrogantly disconnected me from his connection.
“That’s the space I want to explore”? For how much longer does he and his team including Louisa Moats want to explore?

The more I think about this the more I believe that these educators cannot be that naïve. There must be a puppet master pulling the strings.
Posted by Luqman Michel at 4:55 AM